John Rothwell remembers some of the most significant deals made in the early days of shipbuilder Austal, in the latest instalment in our series to celebrate Business News' 25th anniversary. 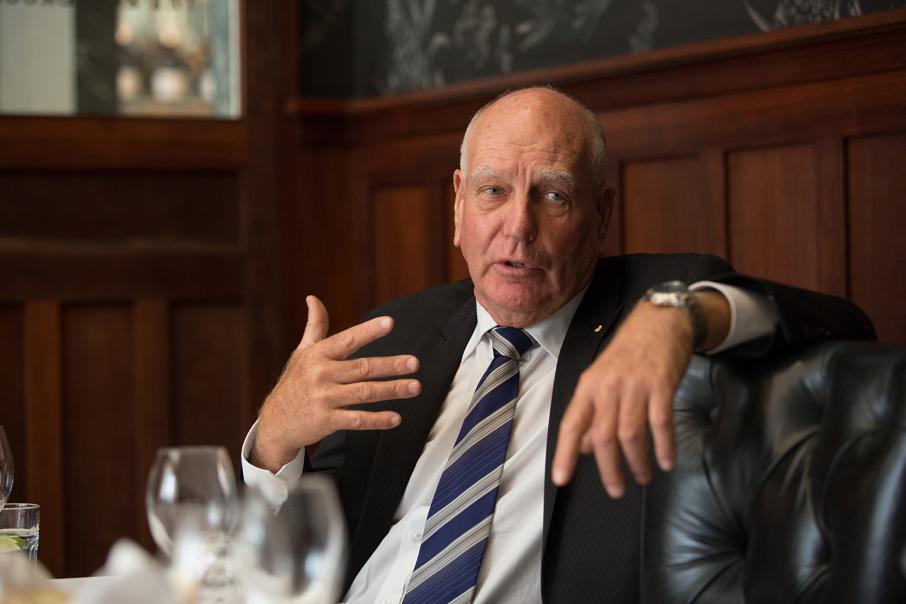 ohn Rothwell’s punt on the US market has paid off. Photo: Attila Csaszar

John Rothwell remembers some of the most significant deals made in the early days of shipbuilder Austal, in the latest instalment in our series to celebrate Business News' 25th anniversary.

John Rothwell remembers the struggle to arrange a debt guarantee deal when shipbuilder Austal was working on its first contract to build a catamaran for a Chinese client in the late 1980s.

“When we first started to get contracts out of China, those contracts had to be bonded at the full value at the start of the contract with bank guarantees,” Mr Rothwell, now Austal’s chairman, said.

He and his partners did not have that capital, however.

“To come up with $US5 million of securities was difficult,” Mr Rothwell said.

“I tried the Australian government Export Finance and Insurance Corporation; they said ‘no’, they thought it was too risky for them.

Another guarantee was needed for the Henderson-based business’s second Chinese contract, and to Mr Rothwell’s surprise, Standard Chartered again came through.

It wasn’t Mr Rothwell’s first time building ships, although his earlier work was on a smaller scale – his Star Boats business built pleasure craft and small crayfishing boats from 1972, until it was sold to Christopher Skase’s Quintex in 1984.

A few years later he started Austal, and as Quintex came a cropper, many of his former staff rejoined him.

Mr Rothwell and partners had chipped in $200,000 to start Austal, which now has a market capitalisation of $630 million.

His portion is worth about $59 million, according to the BNiQ Search Engine.

One key decision made early in the company’s history was a move towards diversifying its product offering and broadening its customer base outside of China.

That led to the business entering the European market, with contracts typically worth about $40 million.

Business News reported in September 1993 that Austal projected it would build about $70 million of vessels the following year, and had the world’s largest share of the catamaran market.

The next step was to get exposure outside of the commercial market, Mr Rothwell said, with attention turning to defence.

A major opportunity came in the early 1990s, when it built eight customs and patrol vessels for the federal government, while the business began selling naval vessels to Yemen circa 2003.

That was followed by 14 Armidale class patrol boats, about 57 metres long, for the Australian government.

It was during this time that two big opportunities emerged.

Austal listed on the ASX in 1998, after taking aboard mezzanine investors from the east coast for a period.

Mr Rothwell said he had undertaken lengthy deliberation about both those moves, yet both had worked out well.

The mezzanine investors could have been bought out, instead of a listing, although that would have reduced capital for growth, he said.

Late in the 1990s, Mr Rothwell started to explore opportunities with the US government, including one concept for a fast moving coastal boat, known as a littoral combat vessel.

“I’d taken a punt that the US sooner or later were going to be building these type of ships so I bought a greenfield property near Mobile Alabama and set up shop with a fairly modest building,” Mr Rothwell said.

“We built a couple of commercial high-speed vehicle ferries for Hawaii to grow our skills, capability and capacity.”

The littoral contracts were awarded in about 2001.

At that time, Austal had to subcontract the work to US company General Dynamics. However, Austal eventually undertook the work itself, in the process becoming one of few foreign-owned prime defence contractors in the US.

Today, Austal’s US operations earn the bulk of its revenue, although the business is in negotiations to build the next wave of naval vessels via the Australian Navy’s offshore patrol boat program, which could be a major win.

Both Austal and Henderson-based Civmec will have a role in the program, expected to be worth $3 billion.

Mr Rothwell attributed much of Austal’s success to the early development of a thorough and detailed business plan.

The only thing he would change, he said, would be to have furthered his education and finished high school, rather than leaving at age 15.