SPECIAL REPORT: Perth’s hotel capacity has increased by about 30 per cent since 2012 and Business News has identified a further 3,150 rooms that are either under construction or committed, as the city’s hotel sector is transformed. 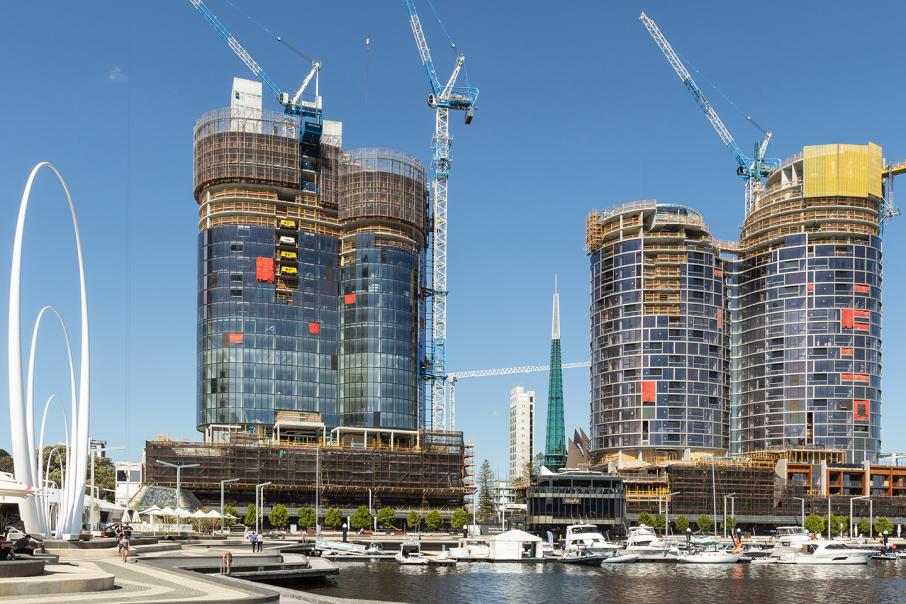 A further 3,150 rooms are under construction. Photo: Gabriel Oliveira

Perth’s hotel capacity has increased by about 30 per cent since 2012 and Business News has identified a further 3,150 rooms that are either under construction or committed, as the city’s hotel sector is transformed.

According to figures from the Australian Hotels Association, more than 3,000 rooms in hotels and service apartments have been added to Perth’s supply since 2012.

There are eight hotels currently under construction in the CBD, Northbridge, South Perth and Subiaco totalling approximately 1,850 rooms.

When the Barnett government released its 2012 tourism strategy, modelling commissioned by Tourism WA said Perth would need an additional 1,900 hotel rooms by 2020 to keep occupancy at viable and sustainable levels.

The sector is on track to surpass that requirement by at least 2,900 rooms.

The next major hotel opening is expected to be the four-star DoubleTree by Hilton in Northbridge, which will have 206 rooms over 17 levels. The hotel is currently accepting reservations for guests wanting to stay from January 31 2019.

Malaysian company SKS Group is developing the DoubleTree by Hilton, in addition to Perth Waterfront DoubleTree at Elizabeth Quay and a mixed-use DoubleTree hotel, apartment and retail project in Fremantle.

A Park Regis hotel in Subiaco is expected to open around the middle of next year as part of the SubiXO development at 500 Hay Street.

Singapore-based Dradgin Pte is developing the office, cinema and hotel complex, and has appointed Doric Group to complete the construction after a dispute with original builder Cooper & Oxley Builders.

Singapore-based developer Fragrance Group has appointed Probuild to carry out the design and construct contract for NV Apartments on Murray Street, a development that comprises a 28-level hotel of 431 rooms and a 33-level tower of about 400 residential apartments.

Also expected to open next year is the Mantra Hay Street Hotel, a 27-level, 250-room hotel being built by Jaxon. 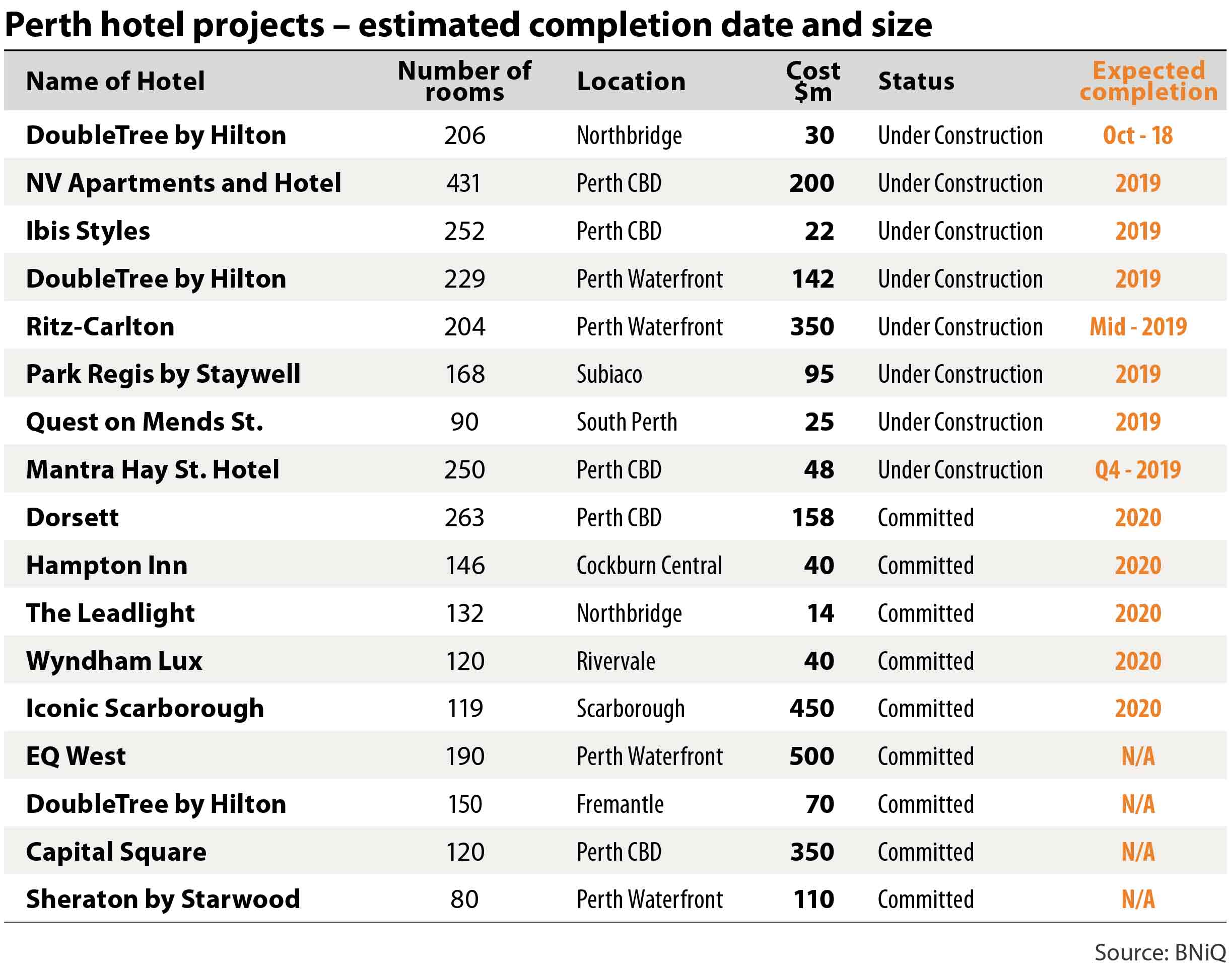 Tourism Council of WA chief executive Evan Hall said policy measures introduced in 2011 by the Barnett government were the catalyst for major investment and helped trigger the flow of money into hotel developments.

“We had a good policy from the then state government in 2011, and since then we have had a lot of private investment,” he said.

“That has resulted in more rooms, better quality rooms, and better value rooms for visitors.”

In October 2011, the Barnett government announced a series of incentives to encourage hotel development and investment in Western Australia, and particularly within the Perth CBD, to help counter what was then a severe shortage of hotel rooms.

The Westin Perth was the first hotel developed under the Barnett government’s incentives, on the old FESA House and Perth Chest Clinic sites bounded by Hay, Murray and Irwin streets.

The state government released the land for hotel development in May 2012 and it was purchased by BGC Australia for approximately $8 million.

The Westin development was followed by two more hotel projects facilitated by the release of government-owned land – the Far East Capital developments at Elizabeth Quay (where a 204-room Ritz-Carlton is being constructed), and the 263-room Dorsett Hotel within the Perth City Link precinct.

The Ritz-Carlton is scheduled to open at EQ next year, with the Dorsett aiming to open in 2020.