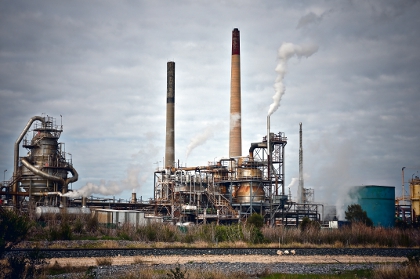 The regulator overseeing the federal government's carbon tax has listed 46 additional organisations that will be liable, including Rio Tinto subsidiary Pilbara Iron and the City of Rockingham.

The Clean Energy Regulator last month published a list of 248 companies, universities and councils which it said would be liable to pay the $23-per-tonne pollution price from July 1.

On Friday it added an additional 24 councils and another 22 entities to the list taking the total to 294.

The CER said of the 559 councils across Australia, 32 have landfill sites generating more than 25,000 tonnes of greenhouse gasses per year. A further two councils are liable as natural gas suppliers.

New liable entities will be added as more information comes to light.

"It is clear the vast majority of landfills in Australia will not be covered by the carbon pricing mechanism," he said in a statement.

Mr Dreyfus also pointed out that councils could reduce or eliminate their carbon tax liability by capturing dangerous gasses produced by decomposing waste in order to bring them below the 25,000 tonne threshold.

The regulator originally wrote to 104 local councils it thought could operate landfills that would be liable to pay the carbon tax. In May it thought 70 would end up being slugged from July 1.

Tips that generate more than 25,000 tonnes of greenhouse gases a year will have to pay the tax from mid-2013, 12 months after the carbon tax starts on July 1.

But councils that have done their sums already could increase rates and fees from July 1 this year because landfill emissions are released over 40 years.

"These opportunities are available to local councils irrespective of whether they are liable entities," Mr Dreyfus said on Friday.

The climate change department estimates the impact of the carbon price on an average household's waste will be between 13 and 47 cents per week.

The Clean Energy regulator will now maintain the list in a "steady state" and add polluters as new information becomes available.

Entities that could yet be added include those that have had liabilities transferred to them and entities that choose to opt in.