Roborigger has successfully raised $5 million from Blackbird Ventures, an example of a Perth-based company seeking venture capital from out of state. 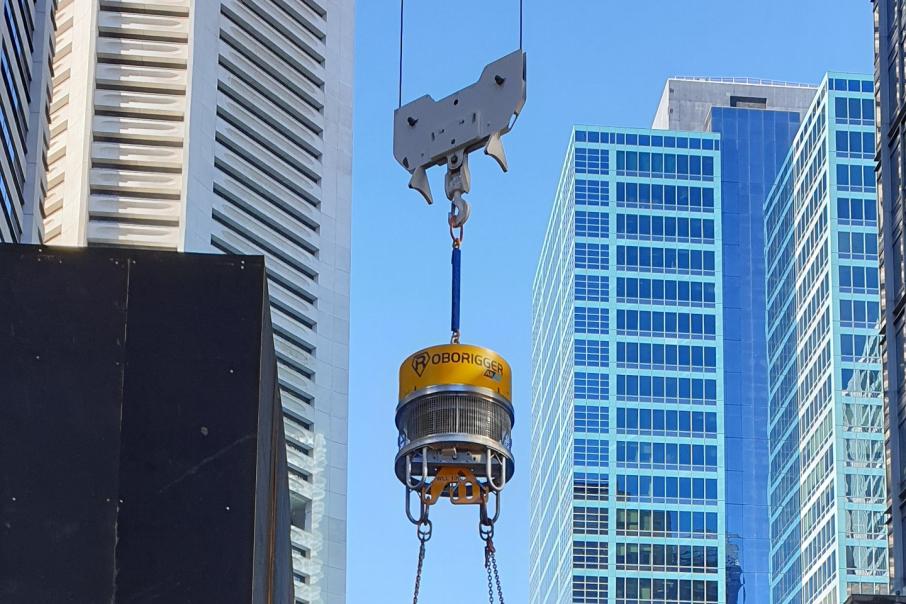 Roborigger was developed with the input of Multiplex, Woodside Petroleum and Curtin University. Photo: TENSA Equipment

Roborigger has successfully raised $5 million from Blackbird Ventures, an example of a Perth-based company seeking venture capital from out of state.

The company, a TENSA Equipment spin-off, is named after its Roborigger device, which uses a rotating flywheel to orientate loads and eliminate the need for ropes or taglines under cranes, thereby increasing the efficiency and safety of construction work.

The device was developed with the input of Multiplex, Woodside Petroleum and Curtin University, and has been commercially available since 2018.

While Perth-based companies can pursue equity crowdfunding, private investment or an ASX listing for capital, venture capital has been scarce over the past few years as notable funds such as Go Capital and Yuuwa Capital have ceased operations.

Roborigger's success is an example of how Perth-based companies can seek capital through venture funds throughout Australia that are not necessarily based in WA.

The raising, which will aid in Roborigger’s international expansion, comes months after the Wangara-based safety equipment developer was a big winner at the Western Australian ‘Innovator of the Year’ awards, including the Business News ‘Great for the State’ prize.

At the time, TENSA managing director Derick Markwell told Business News he was in talks with Japanese investors who were interested in Roborigger's focus on safety and efficiency.

Mr Markwell said the company’s biggest challenge so far had been adjusting Roborigger’s specifications to suit the conditions of different countries, with funding announced today helping to address the issue.

“This funding from Blackbird will allow us to speed up our technology development for the overseas market, obtain the government approvals to operate in the overseas regions and set up the support network,” he said.

“We believe this signals the industry’s confidence in Roborigger not only to revolutionize safety, but also in its massive potential to digitise crane lifting data.”