Robinson aims for the sweet spot

Bruce Robinson says the blurring of any separation between work and family time is creating an emotionally impoverished society. 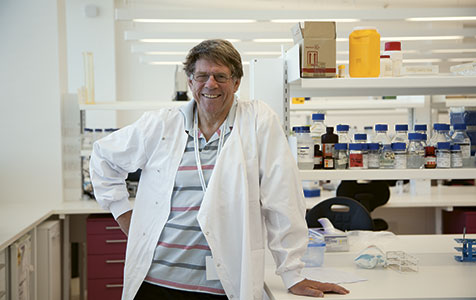 Bruce Robinson’s impressive professional and personal achievements have placed him among the top echelon of Western Australians.

His resume boasts work as a renowned cancer researcher at the University of Western Australia and as an advocate on fathering issues via his The Fathering Project – leading to his being named WA’s Australian of the year in June 2013.

What fails to garner the same attention is the fact he’s also a committed humanitarian, having volunteered in Aceh after the 2004 tsunami and returning to Indonesia 25 times since. He also visited Haiti following the 2010 earthquake there.

But of greater importance to Professor Robinson are his efforts to establish the International Skills and Training Institute in Health with like-minded friend Michael Henderson.

The institute aims to improve the skills of health workers through the Asia Pacific region while delivering cohesive aid from a range of volunteer organisations.

Despite the gravity of his endeavours, Professor Robinson maintains an understated approach to life, casually dressed as he is for a ‘Sunday stroll’ (on a Tuesday) while writing applications for grants to fund his research on asbestos-related cancers.

When he met with Business News, Professor Robinson had just returned from a weekend wedding out of town, and after a busy day at his desk planned to take a break from the office for a morning coffee with his wife and a pre-work gym session the following day.

Despite his busy schedule and many and varied interests, Professor Robinson made it clear he wouldn’t be working until 9pm at night trying to facilitate his different passions.

He describes it as a “caramello life”. Modelled on Cadbury’s popular chocolate, the theory is that a life filled with passions and hobbies is rich like caramello chocolate, as opposed to the hollow, unfilled variety.

Unfortunately, according to Professor Robinson, an increasing number of people are failing to achieve a similar caramello life – and society is suffering because of it.

“I see people whose lives look like chocolate, but they’re hollow … and they don’t have anything else apart from that so they just keep layering on the chocolate,” Professor Robinson said.

“They have trouble having holidays because they’re lost unless they can work.”

He said the problem was manifest in the corporate world but even the likes of plumbers were suffering from the intrusion of work into every part of their lives.

“People are working longer hours because we’ve got email and smartphones and stuff,” Professor Robinson said.

“Because of that people are more tired at night because they’re filling up spaces that they would normally give their brain a rest during the day with texting and what have you.”

The impact is not only on the individual’s mental health but also on their children, who often end up with present but disengaged parents.

Through his Fathering Project, Professor Robinson is trying to instil the notion that engaged interaction with the family can improve society and reduce crime.

“If every kid in Australia had a strong and appropriate father figure speaking into their lives, their chances of falling foul of drugs, depression, crime would be dramatically less,” he said.

Professor Robinson’s ideas have received wider recognition since he was named WA’s Australian of the year and he’s working towards a goal of having The Fathering Project present in every Australian school.

He firmly believes everyone can start to work on creating a richer life, but that it takes time and sometimes even stepping back and remembering that life can be a fragile, tenuous thing.

“As a doctor I see death all the time, and death is a great perspective-giver,” Professor Robinson told Business News.

“I did have a serious accident with a circular saw almost 25 years ago and I almost died, that got me thinking.”

He said the simplest place to start was to realise what a richer life looked like and then working with intent on making it happen – things such as learning a new skill, ‘dating’ your spouse, or making an effort to retain a strong relationship with friends.

The 2014 Western Australian of the year will be named on May 30. Nominations are open until March 14.