Rival bidders for rail and ports giant Asciano are considering making a joint, all-cash $9.05 billion bid in an effort to seal the long-running takeover battle. 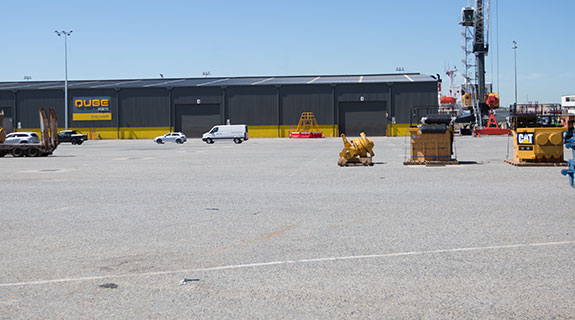 Rival bidders for rail and ports giant Asciano are considering making a joint, all-cash $9.05 billion bid in an effort to seal the long-running takeover battle.

Canadian firm Brookfield Infrastructure and a consortium led by QUBE Holdings announced today they were discussing a new all-cash proposal to acquire Asciano for $9.28 per share, valuing the deal at $9.05 billion.

That’s about $400 million more than the Qube consortium’s proposal, which had been recommended by Asciano’s board prior to today’s development.

Under the terms of the proposal, Qube and Brookfield will acquire Asciano’s Patrick container terminals business for $2.9 billion, and form a 50:50 joint venture.

Brookfield and members of its consortium will acquire Asciano’s Bulk & Automotive Ports Service business, including its 50 per cent stake in Australian Amalgamated Terminals, at which point Qube will have an option to subsequently acquire the 50 per cent AAT stake from Brookfield for $150 million.

Qube will also exit its existing Asciano shareholding at the offer price, realising gross proceeds of around $569 million.

In response, the Australian Competition and Consumer Commission suspended its March 24 review deadline for its consideration for both Brookfield and Qube’s separate offers.

“The ACCC is awaiting further details of the new potential transaction and will update the ACCC public mergers register in due course,” the watchdog said.

Qube managing director Maurice James said the new proposal would represent a common sense outcome which would deliver the best result for all stakeholders.

“Asciano shareholders would receive cash for their company, Qube would add container terminals to its business and partner with a major infrastructure player and the consortia investors would obtain exposure to world class rail and port infrastructure,” Mr James said.

“Brookfield is on board with implementing initiatives to improve operational efficiency and financial performance at the Patrick container terminals business.”

In a statement, Asciano said the discussions were only preliminary and a number of steps would need to occur before any formal proposal is put forward.

“In the absence of any alternative superior proposal capable of acceptance, the Asciano board continues to recommend the Qube consortium proposal,” it said.

Qube, along with consortium partners Global Infrastructure Partners, Canada Pension Plan Investment Board and China Investment Corporation, had offered one Qube share and cash payment of $7.04 for every Asciano share held.

Brookfield failed to match or beat Qube's offer by the February 15 deadline, but had promised a higher, all-cash offer once funding arrangements were in place.

News about a potential joint proposal surprised the market, sending shares in both the target and suitor higher. Asciano shares closed up 14 cents at $9.01 while Qube surged 20 cents to $2.21.