A scathing parliamentary report into Rio Tinto's destruction of the Juukan Gorge caves has found responsibility lay across industry and government, but its recommendations have not all been accepted by the mining lobby. or the WA government. 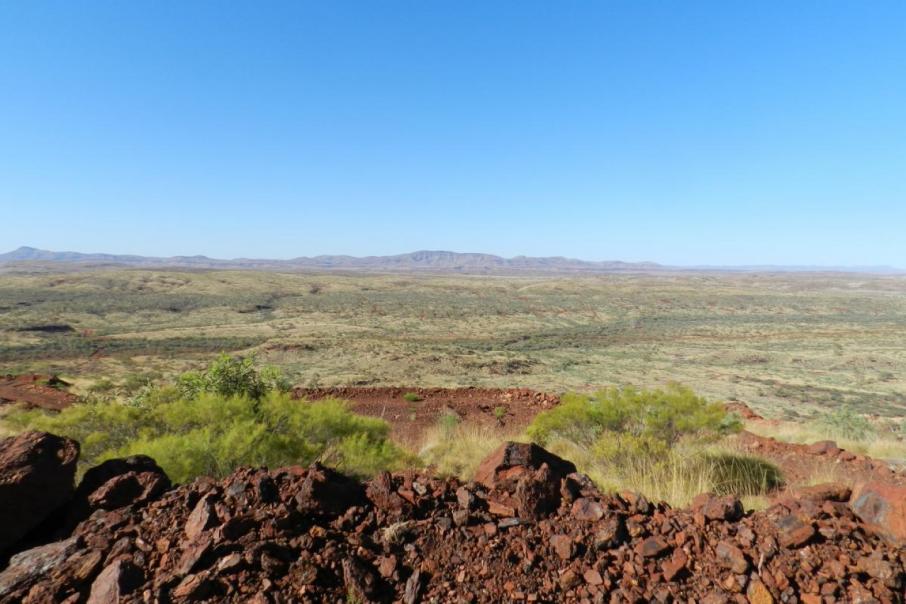 A parliamentary committee has handed down a scathing report into the destruction at Juukan Gorge. Photo: PKKP

The Northern Australia Committee today tabled its interim report into the blast, having heard months of evidence from key players and Indigenous groups.

Rio blew up the 46,000-year-old rock shelters in Western Australia's Pilbara region in May to extract $188 million worth of high-grade iron ore.

The cross-party committee has called upon Rio to negotiate a restitution package with the PKKP, undertake a full reconstruction and remediation of the site at its own expense, and commit to a permanent moratorium on mining there.

Significantly, it has also urged Rio to hold off on any new applications to destroy sites until WA's heritage laws have been strengthened or stronger protocols are negotiated with traditional owners.

"Rio Tinto's role in this tragedy is inexcusable," the report says.

"Rio knew the value of what they were destroying but blew it up anyway. It pursued the option of destroying the shelters despite having options which would have preserved them."

Rio had approval under Section 18 of WA's outdated Aboriginal Heritage Act, but has since apologised and conceded the blast should not have happened.

Expert reports had outlined the caves' outstanding archaeological and cultural significance long before they were blown up.

"The grief of the traditional owners was almost overwhelming for everyone who witnessed it," the report says.

"They had lost more than a piece of heritage - they had lost part of themselves, a piece of their living culture which was infused with the still present spirits of their ancestors and pregnant with the future stories of their descendants."

PKKP Aboriginal Corporation spokesman Burchell Hayes welcomed the preliminary findings, saying the Traditional Owners appreciated the depth of the inquiry, which had brought important information about the destruction of Juukan Gorge and stark revelations about the wider industry into the public domain.

“The destruction of Juukan Gorge was a global disaster that hit at the hearts of the PKKP people and the greater community,” Mr Hayes said.

“This inquiry has elicited crucial new information and provided a fuller understanding of the circumstances of this tragedy – details that may have otherwise never come to light.

“We hope the inquiry’s preliminary findings prompt a fundamental reset of the sector, particularly in the relationships between Traditional Owners and mining companies; and pave a way forward for more equal partnerships fostered by greater respect and mutual benefit.

“We have started the long road to healing and repairing our relationship with Rio Tinto, but there is still a long way to go.

"We remain steadfast in our conviction that a tragedy like this should never happen again; and that Rio Tinto now needs to turn its words into actions."

“As a business, we are committed to learning from this event to ensure the destruction of heritage sites of such exceptional archaeological and cultural significance never occurs again,” he said.

“We have made important changes to the way we manage cultural heritage sites and our relationships with Traditional Owners, including a commitment to modernise our agreements.

“We recognise the importance of ensuring relationships with Traditional Owners are built on partnerships based on mutual benefit, respect and trust.”

Rio said it has begun working with the PKKP on a rehabilitation programme for the Juukan 1 and Juukan 2 rock shelters and was assessing ways to protect the area for the future.

This included extending a mining moratorium around the Juukan Gorge and establishing a purpose-built facility to store artefacts discovered during heritage preservation works.

More generally, Rio said it was reassessing any activities that have the potential to impact heritage sites, with an immediate focus on locations that could be impacted over the next 18 to 24 months.

The Chamber of Minerals and Energy of Western Australia took issue with two of the report’s recommendations.

“We fundamentally do not agree with a recommendation to strengthen Federal oversight on Aboriginal heritage matters,” chief executive Paul Everingham said.

“Imposing another layer of regulation will not ‘fix’ issues identified, nor will it deliver any improvements to heritage outcomes in WA.

“This would only duplicate processes and procedures that are best delivered at a local level with local stakeholders and remove the role of Traditional Custodians to make decisions about management of proposed impacts to their own cultural heritage.”

Mr Everingham said the reform of WA’s Aboriginal cultural heritage legislation remained the number one priority for the sector.

He said the recommendation of a moratorium on Section 18 approvals under the existing Act was a blunt instrument that would have wide-ranging negative impacts.

“Its important people understand government approvals make up only one part of the work that companies do to manage impacts to land and heritage,” he added.

“There are many years of work that go on behind the scenes.

"As a consequence, many Section 18 applications cover activities that will have no direct impact on heritage values.

“It is not only the mining and resources sector which is granted approval for works under Section 18 notices.

“Agencies like Main Roads and local governments are some of the biggest users of these approvals, which are critical to the progress of major projects across the State.”

In a similar vein, WA's Aboriginal Affairs Minister Ben Wyatt said a moratorium on new section 18 applications was not a practical solution, as they are used across a vast array of different projects, most of which are not contentious.

"However, I expect any proponents to have appropriately engaged with relevant traditional owners before making any Section 18 application," he said.

“As Minister I won’t be considering applications for Section 18s where native title parties have not been appropriately consulted."

Of the last 20 Section 18 consents submitted to be considered by the Minister:

The inquiry, which will deliver a final report next year, has also placed scrutiny on other big miners.

Other Aboriginal groups said they had been rushed into signing complex land use deals that left them with little ability to protect sites.

Rio, which is reviewing participation agreements struck with Pilbara traditional owners, has said it is determined to prevent a repeat of the incident and pledged not to enforce any potential gag orders against Indigenous groups.

It has agreed to a moratorium on mining in the Juukan Gorge area until at least January 2021.