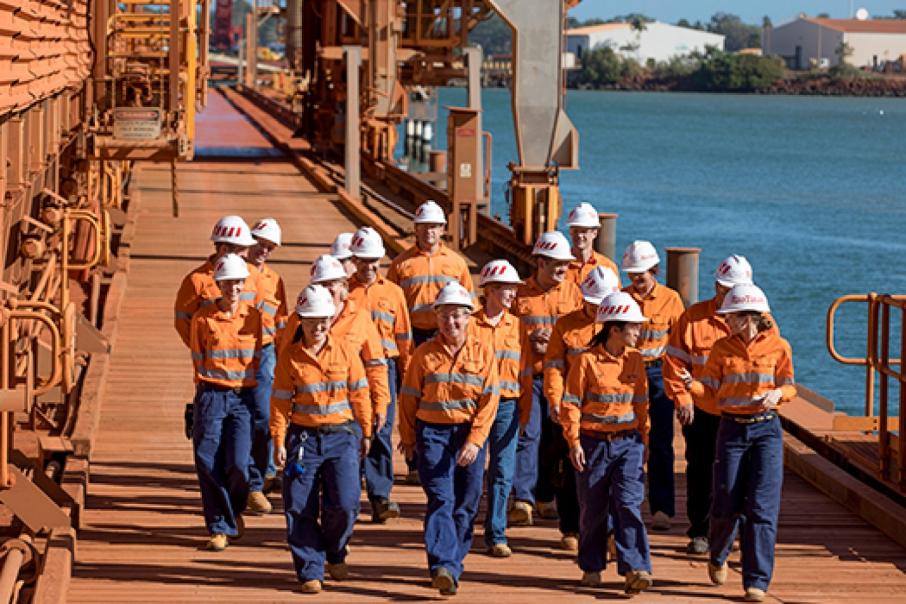 Rio says it will invest $10 million in the program and crowd-source and fund ideas from startups and schools.

The company announced today at the Rio Tinto Centre for Mine Automation at the University of Sydney it would invest $10 million into the program and crowd-source and fund ideas from startups and schools.

An advisory board of Australian education, innovation and business leaders (to be announced early next year) will guide the program and recommend future areas for investment.

“Rapid technological change is transforming our lives, and the pace of change is only increasing, challenging our ability to attract, develop and retain the talent needed to run our operations in the future,” Mr Jacques said.

“Addressing the change in skills required by mining and other industries is a task that requires new thinking and genuine partnerships between business, government and academia.

“This approach significantly expands the network of organisations focused on equipping people for a digital future.”

In 2020, startups selected for the program will receive a grant from Rio as well as training and mentoring from experienced entrepreneurs, Rio said.

The first stage of the program would identify existing EdTech projects for the use of students, teachers and parents.

The company said it invests $14 million each year in education programs with universities, schools and governments, and within the not-for-profit sector.

Most recently, Rio Tinto partnered with the state government and TAFE to develop the Australia’s first nationally-recognised qualification in automation.

University of Sydney deputy vice-chancellor Duncan Ivison said the university has worked with Rio Tinto for over a decade in advanced robotics and AI technology.

"Programs like these are particularly important when you consider the automation of routine tasks will increase demand for higher order skills, such as critical thinking and analysis," Mr Ivison said.

"We need to prepare young people for these changes and at a minimum ensure that with increasing digitisation of the workplace there is basic digital literacy across all workers."

"Australia is home to a vibrant and rapidly growing EdTech sector, and we're excited to partner with Rio Tinto and AWS to help the most promising startups accelerate and scale their commercial and social impact," Mr Eckersley-Maslin said.

In a separate statement, Minerals Council of Australia chief executive Tania Constable said more investment was needed in STEM areas, as well as in arts, to build and upskill the future minerals workforce.

"There also needs to be a focus on developing skills in change management, critical thinking and problem solving," Ms Constable said.

"A study by EY commissioned by the MCA found 77 per cent of jobs in Australian mining will be enhanced or redesigned due to technology within the next five years.

"The MCA’s member companies are well advanced in anticipating the changes required to shape a better world through technology and creating the programs needed to help people, especially young Australians, make the most of future opportunities."