Rio Tinto has committed to review its indigenous heritage approach and its plans in the Juukan area, near the Brockman mine, after the destruction of an ancient rock cave provoked national outrage; while community representatives have described their efforts leading up to the blast. 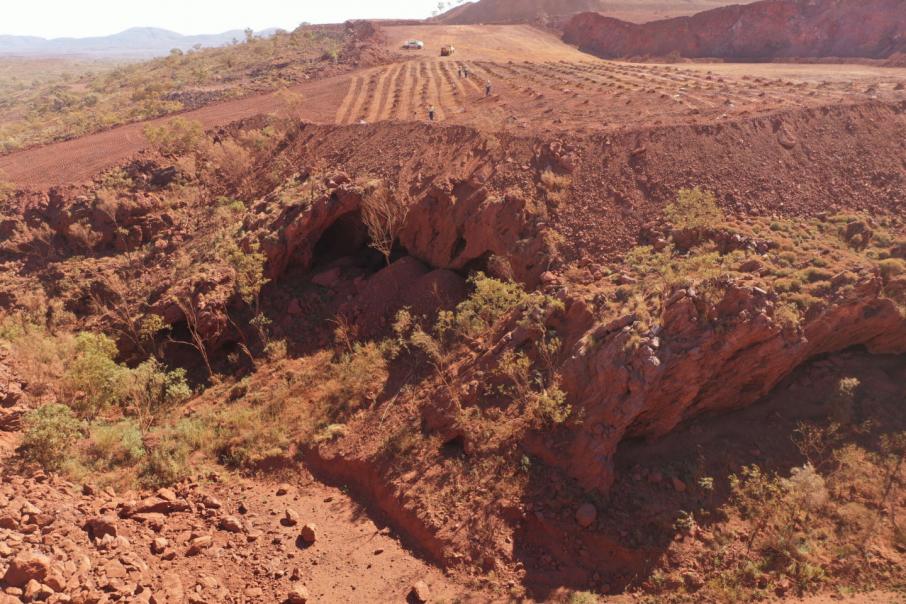 The Juukan gorge area prior to the explosion.

Rio Tinto has committed to review its indigenous heritage approach and its plans in the Juukan area, near the Brockman mine, after the destruction of an ancient rock cave provoked national outrage; while community representatives have described their efforts leading up to the blast.

Business News last week reported that the cave, which was said to be the only inland Australian cave to have been inhabited since before the last ice age, was destroyed in a blast in late May.

That followed ministerial approval in 2013, and an archeological dig in 2014 discovering at least one item dated to be about 46,000 years old.

That will begin immediately and involve indigenous stakeholders and independent advice.

“We pay our respects to the Puutu Kunti Kurrama and Pinikura People (PKKP), and we are sorry for the distress we have caused,” Mr Salisbury said.

“Our relationship with the PKKP matters a lot to Rio Tinto, having worked together for many years.

“At Juukan, in partnership with the PKKP, we followed a heritage approval process for more than 10 years.

“In 2014 we performed a large-scale exercise in the Juukan area to preserve significant cultural heritage artefacts, recovering approximately 7,000 objects.

“We will continue to work with the PKKP to learn from what has taken place and strengthen our partnership.

“As a matter of urgency, we are reviewing the plans of all other sites in the Juukan Gorge area.”

A spokesperson for PKKP has also clarified the lengths to which the local people went to in order to protect the cave.

Burchell Hayes said the Puutu Kunti Kurrama and Pinikura Aboriginal Corporation vehemently rejected Rio’s position that the community had not relayed the significance of the rock shelters.

“PKKPAC has, on numerous occasions since 2013, communicated to Rio Tinto the significance of Juukan Gorge, in particular the rock shelters in the area,” Mr Hayes said.

“This information was made clear in an independent ethnographic report in 2013, a report by Scarp Archaeology in 2015 and a documentary commissioned by the Yamatji Marlpa Aboriginal Corporation for PKKPAC (and funded and currently in possession of Rio Tinto) in 2015, in which traditional owners were interviewed at the gorge about its significance.

“On October 28 2019, during a site visit to Purlykuti, PKKPAC culture and heritage manager Heather Builth told Rio Tinto Brockman 4 mine operations manager Brad Webb of the significance of the rock shelters.

‘In that conversation, Mr Webb advised Dr Builth that there were no plans to extend the mine and Rio Tinto had been monitoring Juukan Gorge for vibration effects of local blasting.

“The high significance of the site was further relayed to Rio Tinto by PKKPAC as recently as March.

“At all times the PKKPAC has been direct and explicit in the archaeological and ethnographic significance of these rock shelters and the importance that they be preserved.

"For Rio Tinto to suggest otherwise is incorrect.

“We believe Rio Tinto’s outrageous statement is a bid to minimise the adverse public reaction and community outrage about Sunday’s blast at Juukan Gorge; and the distress and upset caused to the Puutu Kunti Kurrama people.

“The fact remains that Rio Tinto did not advise the PKKP Aboriginal Corporation of its intention to blast the area in the vicinity of Juukan 1 and 2 and our staff only found out by default on May 15 when we sought access to the area for NAIDOC Week in July.”