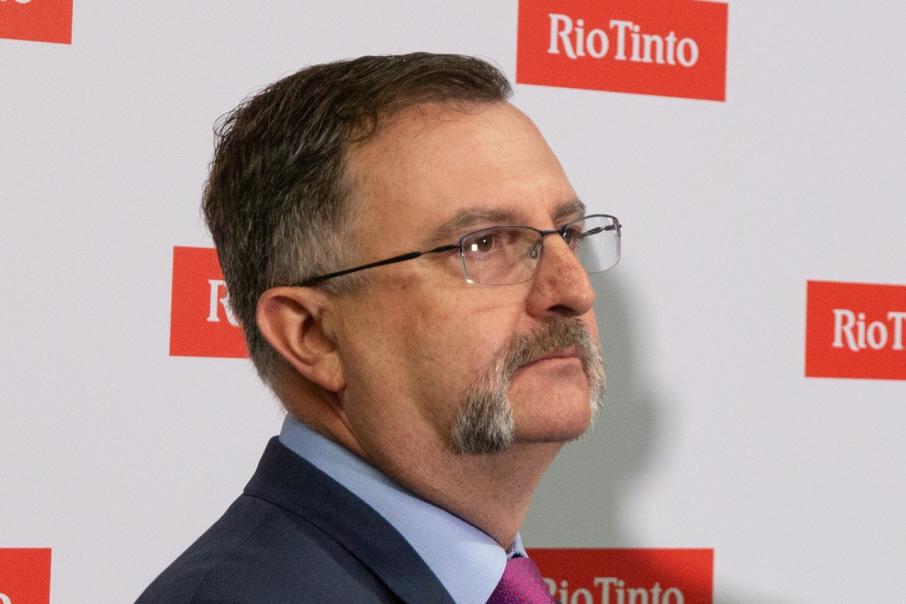 Chris Salisbury called the signing of a non-binding agreement with China Baowu Group a milestone in the decades-long partnership. Photo: Gabriel Oliveira

Rio Tinto today reported the discovery of around 200 million tonnes of iron ore reserves at its Western Range deposit, following the completion of a pre-feasibility study and the signing of a non-binding agreement to extend its existing joint venture with China Baowu Group.

That announcement came alongside Rio's disclosure of a regular depletion to its ore reserves of around 295mt over the past year.

With the addition of reserves reported at the Western Range project, the company recorded a modest net decrease in estimated ore deposits of 94mt in the past year, bringing its total reserves to 3.3 billion tonnes.

If developed, the Western Range mine will have an access road built from the adjacent Paraburdoo mine, with a crusher and conveyer built on site and linked to Paraburdoo’s existing processing plant.

Rio has already signed a non-binding agreement with China Baowu Group to extend its Bao-HI joint venture to the Western Range project.

That venture, of which Rio owns 54 per cent, covers works on Rio’s Eastern Ranges mine, which has operated since 2004 and produces around 20mt of ore per annum.

Commenting on the announcement of that extension in January, Rio Tinto Iron Ore chief executive Chris Salisbury called it a significant milestone in a partnership between the two companies that has existed in some form since the 1970s.

“The success of this relationship has contributed to the growth of both our organisations over many years and is one which continues to develop and strengthen over time,” Mr Salisbury said.

Further details on a feasibility study have yet to be released.