Rio Tinto has highlighted its technical achievements but today’s official opening of its Gudai-Darri mine was just as much a celebration of Banjima culture. 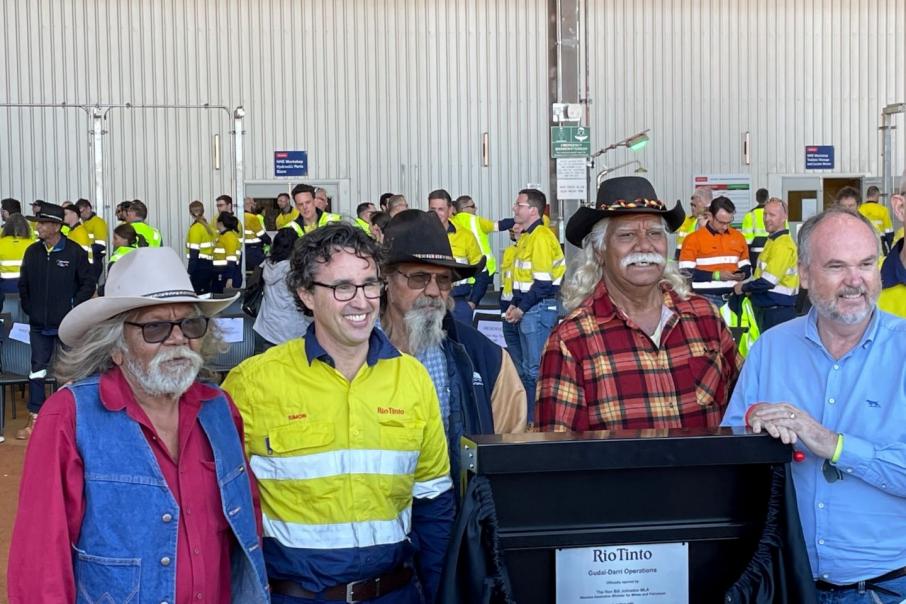 Rio Tinto has highlighted its technical achievements but today’s official opening of its Gudai-Darri mine was just as much a celebration of Banjima culture.

Gudai-Darri is Rio’s 17th iron ore mine in the Pilbara and its most technologically advanced.

It features autonomous haul trucks and drills, the world’s first autonomous water carts, a robotic ore sampling laboratory and a digital ‘twin’ of the mine to help with planning and training.

The mine achieved first ore last week, when Rio also disclosed a big blowout in the development cost to $US3.1 billion ($A4.3 billion).

The operation is ramping up to full capacity of 43 million tonnes per annum, which Rio expects to reach in 2025.

Gudai-Darri is Rio’s first ‘greenfield’ mine and rail developments in more than a decade.

Its also the first big mine opening by Rio since the Juukan Gorge controversy two years ago.

Chief executive iron ore Simon Trott highlighted the importance of Rio’s relationship with traditional owners, which has been a major focus for the company.

“We’ve worked closely with both the Banjima and Yindjibarndi people through the planning and development stages of Gudai-Darri and we look forward to partnering with them into the future to ensure the project achieves significant social and economic benefits,” Mr Trott said today.

Mines and petroleum minister Bill Johnston also spoke at today’s opening, saying the iron ore industry employed more people now than a decade ago despite the introduction of widespread opening.

Their brief presentations followed a welcome to country by Banjima traditional owner Tim Parker and an hour-long musical and dance performance.

This concluded with Mr Trott and other Rio executives being coaxed to join the Aboriginal dancers in front of the assembled crowd. 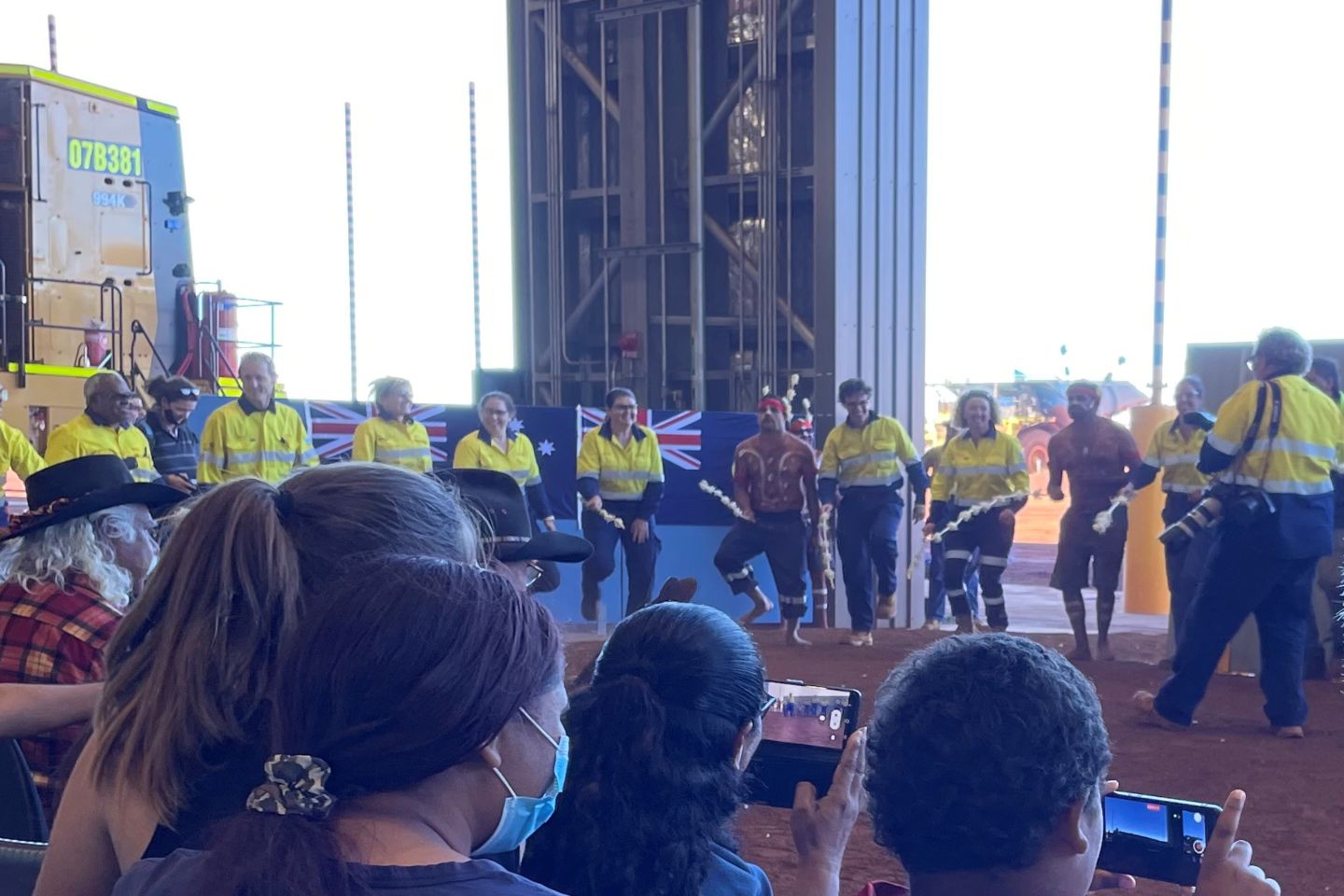 Mr Parker said the Bajima people had done a lot with Rio, working together on the Yandi, Hope Downs and Marandoo projects.

“This started in the 90s, they eventually recognised who we are,” he said.

Mr Trott echoed some of Mr Parker’s comments, saying that the co-development model Rio was developing with traditional owners through the Pilbara was still a work in progress.

A total of A$3.2 billion in goods and services were sourced within Western Australia during the construction phase.