Rio Tinto has approved a $US1.5 billion investment to continue production at its Kennecott copper mine in the US, while also announcing it will limit operations at one of its minerals projects in South Africa, following an attack on two of its employees. 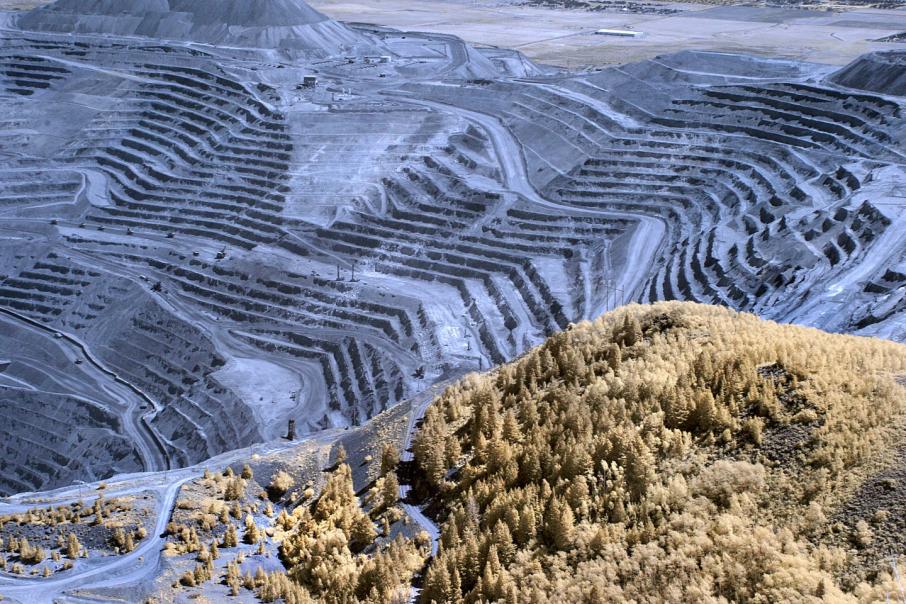 Rio says the investment in Kennecott will spread over six years and extend the project to 2032.

Rio Tinto has approved a $US1.5 billion investment to continue production at its Kennecott copper mine in the US, while also announcing it will limit operations at one of its minerals projects in South Africa, following an attack on two of its employees.

Rio shares have fallen 2.78 per cent to trade at $94.32 at 1:30pm AEDT as a result of the incident, despite the company extending the Kennecott project to 2032.

The investment in Kennecott will begin in 2020 and spread across six years, which Rio said was included in its group capital expenditure guidance of $US7 billion in 2020 and $US6.5 billion in both 2021 and 2022 as development capital.

The company said mining would continue into a new area of the orebody and deliver close to its production target of 1 million tonnes of refined copper between 2026 and 2032.

“It is a world-class project that will generate attractive returns and allow further exploration of the deposit and options for mine life extension,” Rio said in an ASX announcement.

Rio Tinto chief executive Jean-Sebastien Jacques said the investment was of high value and low cost for the company.

“The outlook for copper is attractive, with strong growth in demand driven by its use in electric vehicles and renewable power technologies, and declining grades and closures at existing mines impacting supply,” he said.

Rio has invested more than $US5 billion in modernisation, environmental stewardship and mine-life extension initiatives since it acquired Kennecott in 1989.

“North American manufacturers have relied on high-quality products from Kennecott for the past century, and this investment means it will continue to be a source of essential materials into the next decade,” he said.

Mr Jacques said Kennecott would be responsibly mined as part of the company’s announcement earlier this year, saying it would reduce the carbon footprint associated with the project.

In a separate ASX announcement, Rio said it would curtail operations at Richards Bay Minerals (RBM) in South Africa, due to an escalation in violence in the communities surrounding the operations.

The company said one of its employees was fatally shot and another seriously injured during an attack in recent days.

All mining operations at RBM have stopped and the smelters are operating at a reduced level, with a minimum number of employees at the site, Rio said.

Construction of the Zulti South project has also been put on hold.

Rio Tinto Energy and Minerals chief executive Bold Baatar said the company was in discussions with local communities and authorities to address the safety and security issues in the region.

“The safety of our people is Rio Tinto’s key priority and we have taken decisive action to stop operations to reduce the risk of serious harm to our team members,” he said.

“Our goal is to return RBM to normal operations in a safe and sustainable way.”