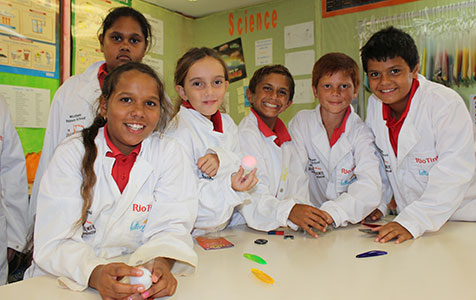 The partnership, which has been extended until 2017, builds on 17 years of cooperation between the two groups to help Aboriginal students perform better at school and go on to careers and further study.

Rio Tinto was an inaugural supporter of the Graham (Polly) Farmer Foundation, which set up its first education project in Karratha in 1997 in partnership with Woodside Petroleum and the state Department of Education.

More than 1,000 Aboriginal students currently participate in the Foundation’s 31 programs operating across Western Australia and the Northern Territory.

Rio’s partnership will provide finances and support for three of the foundation’s programs, including an after-school tuition program and case management support for secondary school students in Carnarvon, Karratha, Kununurra and Tom Price.

The second program is for students in years four to seven interested in maths and science, while the third initiative runs in Tom Price and Roebourne as an after-school learning club that celebrates culture and provides tutors for primary students.

More than 640 Aboriginal students have graduated from the foundation’s programs since 1997.