Rio gets approval for mine and power plant 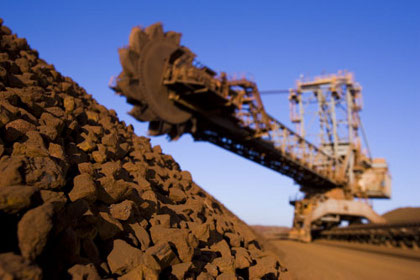 The state government has given the green light to Rio Tinto to go ahead with a planned $3 billion expansion of its iron ore mine and power generation infrastructure in the Pilbara.

More than 1,500 construction jobs will be created by nearly tripling iron ore operations at the Nammuldi mine and building a new 130 megawatt power station at nearby Cape Lambert, from where the ore will be shipped.

There would be ongoing employment for more than 700 people, Premier Colin Barnett said in a statement.

The expansion would see iron ore mined below the water table and production increased from eight to 23 million tonnes a year.

Surplus water extracted from the mine would be used for hay production, providing stock feed.

Mr Walsh said the Nammuldi expansion would allow Rio to increase its production capacity in the Pilbara to 283Mt/a in the second half of 2013.

According to the government, iron ore production contributed $61 billion to the Western Australian economy in 2011-12, including more than $3.8 billion in royalty payments to the state government.

Rio shares were one per cent higher at $67.87 this afternoon.