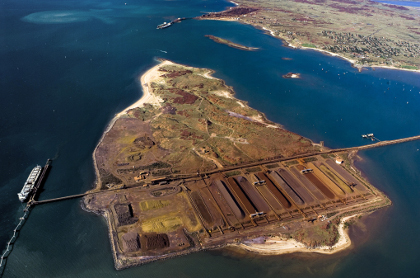 Mining giant Rio Tinto has flagged cutting some of its multi-billion dollar Australian expansion projects amid soaring costs, but says its Western Australian iron ore developments are likely to be unaffected.

The company's chief executive Tom Albanese said at the company's annual general meeting that he would be challenging managers this week to justify why their projects should not be dumped.

Soaring wage and raw materials costs, a high Australian dollar and the new mining and carbon taxes were making Australia a less attractive place to invest in, he said.

He did not name projects but new Queensland and NSW coal mines would be in the gun as he made it clear at the AGM that Rio was committed to its $US10 billion ($A9.9 billion) Pilbara iron ore expansion.

The planned $A2 billion Mt Pleasant coal project in NSW is believed to be under threat.

"The business units around Rio Tinto are all getting the same message: look hard at your projects and think about what you can do to make them more attractive as a potential investment opportunity," Mr Albanese said.

"A number of mining projects in Queensland today are simply not as attractive as we would've assumed they might have been been three-four years ago.

"Whether it's the Australian or US dollar or Chilean Peso, capital projects are becoming more expensive to build and something you planned to build four years ago is now now 50 per cent to 100 per cent more expensive."

Rio Tinto chairman Jan Du Plessis said companies now had to be more selective with their projects and the Australian government should be careful its new taxes did not simply lead to a loss of jobs.

"I don't know if penalising the Queensland coal industry serves much of a purpose if it just benefits Indonesian suppliers, who then take coal that otherwise we would have supplied to China," he said.

"The government knows that looking into the future they have to create a stable environment, they cannot constantly threaten to get more taxes on an industry which cannot afford it."

Mr Du Plessis said he believed the outlook remains strong with demand for many of the products Rio produced expected to double over the next 20 years.

The growth of developing countries led by China meant iron ore should be durable for decades because of the role it played in producing steel used in building.

Iron ore currently represents nearly 80 per cent of the company's earnings and Rio is the world's second-biggest iron ore miner.

Mr Albanese said at the AGM that the company saw a growth opportunity for Rio Tinto in the export to China of bauxite from Weipa.