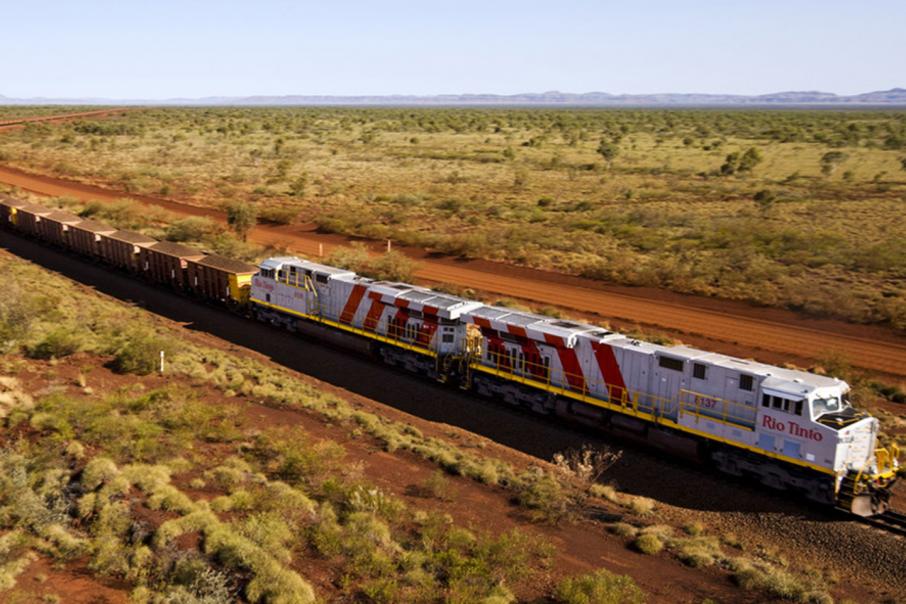 Rio operates about 200 locomotives on more than 1,700 kilometres of track in the Pilbara

The autonomous train, consisting of three locomotives and carrying around 28,000 tonnes of iron ore, travelled over 280 kilometres from Rio’s mining operations to Cape Lambert on Tuesday.

The first delivery comes after the program was granted approval by the National Rail Safety Regulator in May.

Branded as AutoHaul, the $940 million project aims to fully automate trains transporting iron ore to the company’s port facilities in the Pilbara by the end of the year.

Rio operates about 200 locomotives on more than 1,700 kilometres of track in the region.

At the end of the first quarter of 2018, approximately 65 per cent of all train kilometres were completed in autonomous mode.

The program first announced back in 2008 but was hampered by funding issues due to the GFC.

After being relaunched in 2011, the project suffered delays in 2016 due to software issues and earlier this year the company revealed the cost of the project had increased from $518 million to $940 million.

Ansaldo STS, a subsidiary of Hitachi, was awarded a $317.5 million contract in 2012 for work associated with the project.

Earlier this year, Rio said it would double its fleet of autonomous drilling rigs earlier this month.

The company also recently announced plans to expand its autonomous haul truck fleet to a fifth site in the Pilbara, and add 15 driverless trucks at the West Angelas mine.

These initiatives are all part of Rio’s ‘Mine of the Future’ program, which was launched in 2008.