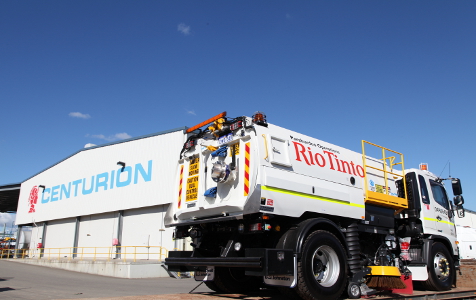 Perth logistics company Centurion has won a 10-year contract thought to be worth several hundred million dollars to handle the freight needs of mining giant Rio Tinto across Western Australia.

Part of the Cardaci family’s CFC Group, Centurion has done extensive work for Rio Tinto in the past and is understood to have won the new contract over competition from national opponents.

The contract, which is believed to cover an initial five-year term with an option to extend for a further five years, includes all the off-site mine logistics for Rio Tinto’s iron ore and salt operations in the Pilbara but excludes work relating to the Argyle diamond mine in the Kimberley.

Centurion said the contract represented the next phase in developing the business in response to the changing environment in mining.

“The resources industry is entering a production-focused phase and to be successful we need to be continually improving,” Centurion executive general manager Mark Doig said.

Centurion recently won a contract with Woodside for five years, with options to extend, to provide logistics needs in Perth, Dampier, Broome and Darwin.

"Our operations are growing to accommodate the ongoing relationships and work is underway to expand our Hazelmere facility to incorporate a new 30,000 square metre warehouse, creating a 150,000sqm logistics hub,” Mr Doig said in a statement.

He said Centurion had also commenced construction of a 103,000sqm supply base facility at Gap Ridge near Dampier to further complement its Karratha operations and regional network of branches throughout the state.