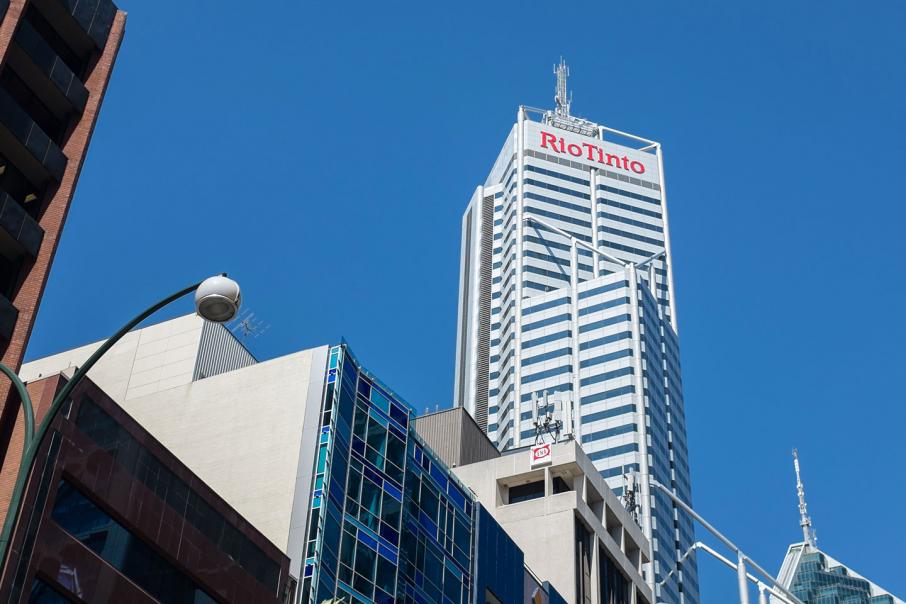 Mr Thompson, who has been a non-executive director on Rio's board since 2014, will take over as chairman in March 2018.

He has more than 20 years' experience in the mining and metals industry, which has included several senior positions at global miner Anglo-American, and board positions at AngloGold Ashanti, Rusal and Newmont Mining Corp.

By the time he stands down next March, he will have spent more than nine years as Rio's chairman.

"I am handing over the baton at a time when the business is in great shape and Rio Tinto has the strongest balance sheet in the sector," Mr du Plessis said in a statement on Monday.

The South African-born corporate veteran has steered the company through a turbulent period that has involved repairing its balance sheet, as well as a boom and bust cycle in the commodities sector over the past few years.

Rio has continued to face turbulence at the top, after the US market regulator charged the company and two top former executives with fraud in October, for allegedly inflating the value of an African coal business that cost the company a $2.9 billion write-down.

The company is also caught up in a payments scandal in West Africa, and last year dismissed two top executives over their role in a $US10.5 million ($A13.8 million) payment in 2011 to a consultant over the Simandou iron ore project in Guinea.

On assuming his new role, Mr Thompson will step down as head of Rio Tinto's remuneration committee and as a member of the audit committee.

"We returned to shareholders 40 cents in every dollar of cash generated by the business in the first half," he said

“Looking ahead, the $5 billion productivity programme will help drive value over the next five years.

"With our top-tier assets producing quality low-cost products in high demand, a strong growth pipeline and the best balance sheet in the industry, we have a strong platform for future growth.

"Our Group target of $1.5 billion of annual additional free cash flow from 2021 will ensure we can continue to lead the pack in delivering superior cash returns to our shareholders.”

Rio Tinto also provided an update on how it plans to keep growing its business, including significant brownfield, high-return growth, replacement and productivity improvement opportunities.

Options under consideration include the Koodaideri project in the Pilbara, brownfield Aluminium options in Canada, the Resolution copper project in the US and the Jadar lithium project in Serbia.

Within the iron section of the business the company said it was focused on delivering a more flexible infrastructure system, including further investment in rail.

Rio also said sustaining capital expenditure in the Pilbara is expected to be around $1 billion a year over next three years while its Pilbara shipment guidance was 330-340 million tonnes of iron ore for 2018.