Rio Tinto will increase the number of unmanned autonomous haul trucks it uses in the Pilbara by more than 50 per cent as part of a $500 million productivity drive in its iron ore business. 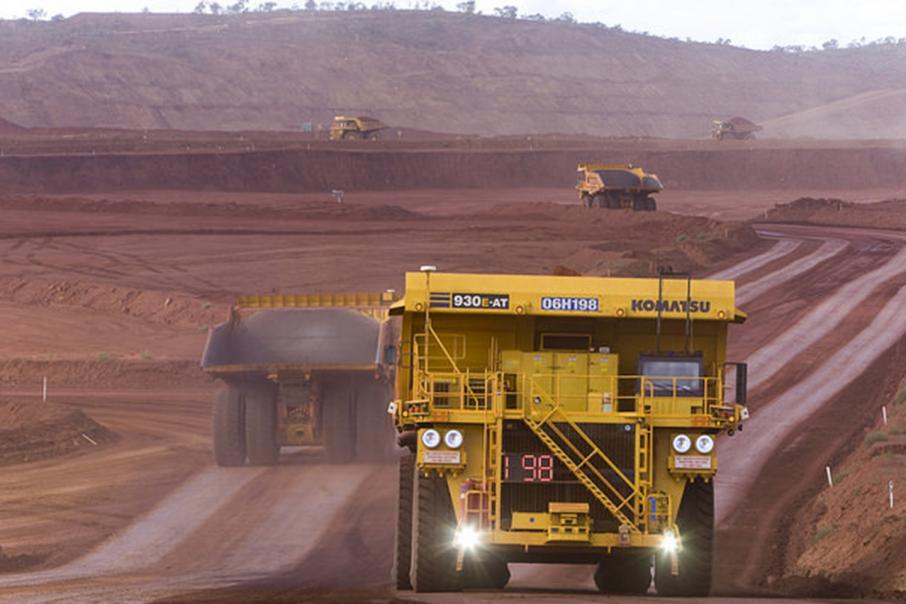 Thirty per cent of Rio's fleet of haul trucks will be automated. Photo: Christian Sprogoe Photography

Rio Tinto will increase the number of unmanned autonomous haul trucks it uses in the Pilbara by more than 50 per cent as part of a $500 million productivity drive in its iron ore business.

Manufacturers Komatsu and Caterpillar will retrofit 48 giant trucks to allow unmanned operation, taking the total number operated by Rio in the region to more than 130 by 2019, representing 30 per cent of the fleet.

Currently, 20 per cent of Rio's fleet of 400 or so haul trucks in the Pilbara are automated.

It marks the first time AHS technology has been deployed by the company on Caterpillar haul trucks.

“We are excited to be starting a new chapter in our automation journey with a valued long-term partner in Caterpillar and we are proud to be extending our successful partnership with Komatsu on this world-first retrofitting initiative," Rio Tinto Iron Ore chief executive Chris Salisbury said.

Rio said the driverless trucks are safer, and cut the number of workers exposed to hazardous or critical risk situations.

"The expansion of our autonomous fleet via retrofitting helps to improve safety, (and) unlocks significant productivity gains," he said in a statement.

Rio said each of its automated trucks last year operated an extra 1,000 hours and cost 15 per cent less to run than a conventional truck.

Rio has not said how many jobs will be affected by the transition.

"Rio Tinto is committed to working closely with our workforce ... including providing opportunities for new roles, redeployment, retraining and upskilling," Mr Salisbury said.

Rio also ran its first fully autonomous heavy haul train in September this year, completing a 100-kilometre pilot run without a driver on board.

AutoHaul® is on track for completion by the end of 2018, making it the world’s first fully-autonomous heavy haul, long distance rail network.