If Andrew Mackenzie and Sam Walsh are right, then Western Australia’s commodity dependent economy could be at the start of a recovery; and not before time, given the weakening state of the property market as measured by mortgage defaults. 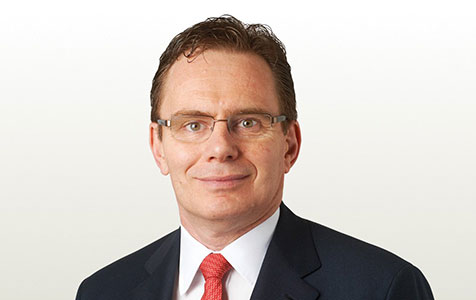 If Andrew Mackenzie and Sam Walsh are right, then Western Australia’s commodity dependent economy could be at the start of a recovery; and not before time, given the weakening state of the property market as measured by mortgage defaults.

Mr Mackenzie, the chief executive of BHP Billiton, and Mr Walsh, his counterpart at Rio Tinto, ought to know what they’re talking about given the quality of the data that crosses their desks, especially about Chinese demand for minerals.

There is, of course, a chance that both men are ‘talking their books’, or embellishing what they’re seeing to boost the confidence of shareholders in BHP Billiton and Rio Tinto, as well as bolstering personal support from the investment community.

Whatever the explanation for their recent remarks at conferences in the US, it is refreshing to hear a note of optimism, especially at a time when there is so much uncertainty while the world waits to see whether the US will start raising interest rates.

Joining the economic dots that connected commodity prices to WA mortgage defaults to US interest rates is not easy, but it is important to see how each is related to the other.

Mr Mackenzie’s views, delivered at an overnight talk in Washington, emphasised the fact that Chinese demand for BHP Billiton’s wide range of commodities remained strong. There was no sign of a build-up in stockpiles, as raw materials flowed freely through Chinese ports.

From being a little bearish three or four months ago, Mr Mackenzie said he had switched to being mildly bullish. “Things are a little better, not worse,” he said.

Exactly a week ago, Mr Walsh said virtually the same thing, almost as if he shares a speechwriter with the BHP supremo.

Given that BHP Billiton and Rio Tinto are the two biggest exporters of raw materials produced in WA, the optimism of the chief executives is a pointer to next year’s recovery, which has been predicted by a number of economic forecasters.

Another way of looking at the prospect of a recovery is to say that it can’t come fast enough, given the latest comments from one of the world’s top credit ratings agencies, Moody’s Investor Services.

In its latest assessment of the Australian property market, Moody’s singled out WA, Queensland and South Australia, as the states with the great risk of mortgage delinquency, or default.

Regions directly dependent on resources, such as north-west iron ore towns, are obvious candidates for a rising level of mortgage-servicing problems, but Mandurah was also included in the Moody’s list of trouble spots.

Mandurah, along with towns in Queensland’s coal-mining centres of the Bowen Basin and the Darling Downs, were named as the three hot spots for mortgage defaults.

Moody’s said WA’s overall delinquency rate had risen to 1.64 per cent of mortgages, below South Australia’s 1.85 per cent, but above the national average of 1.5 per cent.

The mortgage default data indicate that conditions in WA are trending down as the full effects of the fall in iron ore and oil prices flows into the wider economy.

Tonight’s decision on US interest rates, easily the most widely anticipated economic event since the GFC of 2008, will not have an immediate effect on WA, but it will have a significant confidence on the global economy – and WA is the most internationally connected of the Australian states.

Of the two possible outcomes – an increase in US rates or no action – the best for WA would be a modest increase; not because it would immediately effect interest rates here, but because it would probably lift the value of the US dollar – and effectively push down the Australian dollar.

A cheaper currency would be another piece of good news for WA’s export industries, bolstering the confidence expressed by Messrs Mackenzie and Walsh.