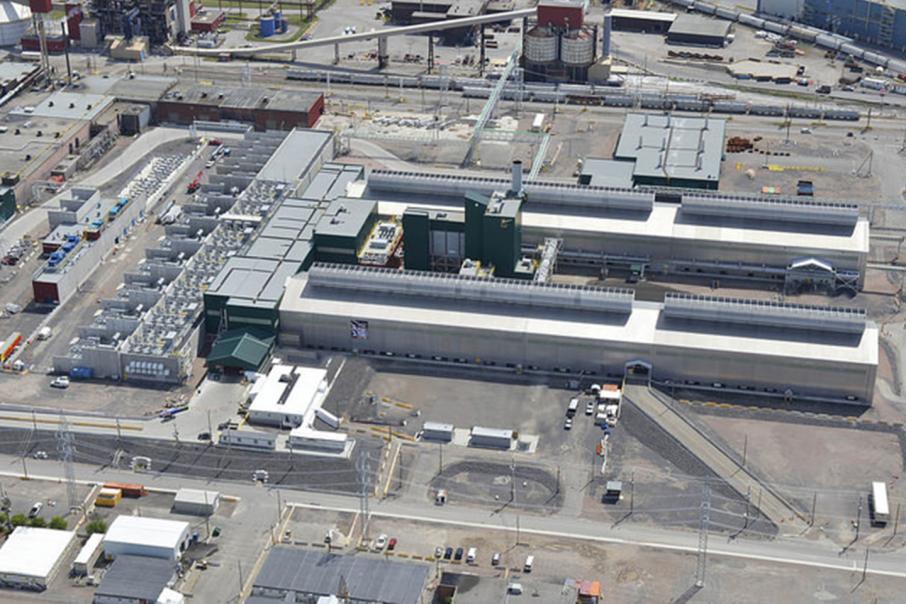 Rio Tinto has an aluminum smelter in Canada.

Calling the process the most significant innovation in the aluminium industry since the 19th century, Rio Tinto said the patented Elysis technology eliminated emissions generated directly from the production process by replacing carbon-intensive products.

"This discovery has been a long-sought goal for the aluminium industry," Alcoa president and chief executive Roy Harvey, whose company developed the technology, said in a statement.

In the Elysis system, heavy-duty electric terminals used in the alumium production process are made from patented, inert materials that do not break down and generate carbon emissions, unlike the carbon-intensive materials used in traditional terminals.

They also last years, instead of one month, and can be retrofitted into existing aluminium smelters.

Aluminium is an energy-intensive, high-emissions industry, with about 80 per cent of carbon emissions coming indirectly from electricity used in production

About 15 megawatt hours of electricity - or the daily usage of about 900 Australian homes - is required to make one tonne of aluminium.

Direct emissions account for a much smaller proportion. Australian Aluminium Council figures show direct greenhouse gas emissions in 2011 from the country's handful of aluminium smelters was the equivalent of 1.87t of carbon dioxide per tonne of aluminium produced.

Apple, which was credited with facilitating the Alcoa-Rio Tinto collaboration, contributed $C13 million to the initiative and will provide technical support to the other partners.