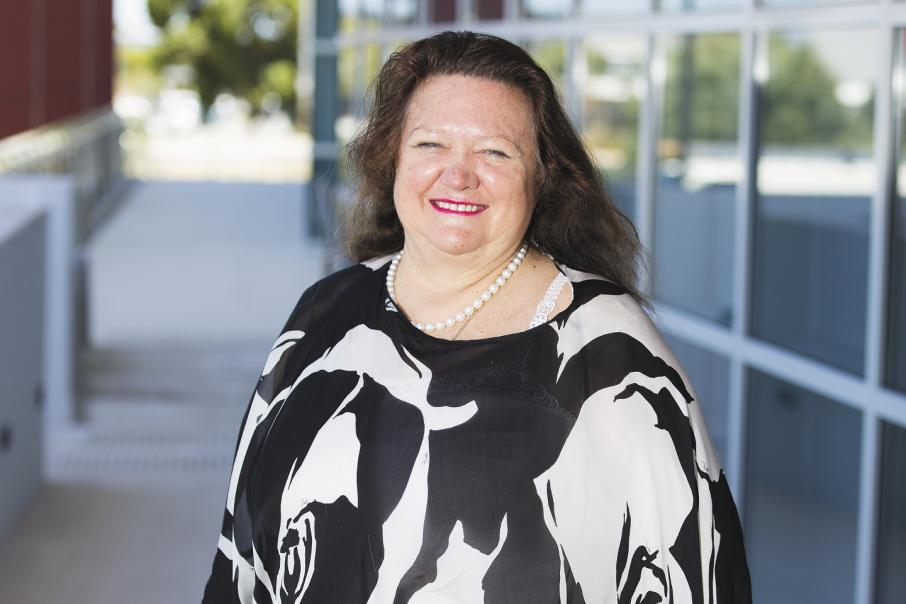 The rankings shows John Hancock, Bianca Rinehart, Ginia Rinehart and Hope Welker have estimated fortunes of $US1.3 billion each thanks to their stake in a family trust fund that owns 23.45 per cent of their mother's mining and pastoral company, Hancock Prospecting.

Mrs Rinehart retained her ranking of number 69 on the global list of billionaires thanks to her $US17.4 billion fortune, which has swelled by more than $US2 billion in the past year following a lift in iron ore prices.

She also was ranked the world's seventh richest woman, with Alice Walton, daughter of the founder of US retail giant Walmart, taking out the top spot with her $US42 billion fortune.

Mrs Rinehart remained Australia's richest person, with her fortune dwarfing that of her nearest rival, property developer Harry Triguboff who came in 167th place on the global list with a fortune of $US9.2 billion.

The mining mogul's children were among 10 Australians making their debut on the list, which boasted a record 2,208 billionaires whose combined net worth hit $US9.1 trillion.

Musician-turned-tech entrepreneur Richard White and Cotton On founder Nigel Austin were among the wealthiest new Aussie entrants with estimated fortunes of $US1.6 billion and $US1.4 billion respectively.

Mr White's software company WiseTech Global, which has 7,000 customers in 25 countries, has seen its share price soar since listing on the ASX in 2016, thanks to a series of acquisitions and higher earnings.

Mr Austin has enjoyed similar success overseas with his Cotton On fashion empire, which also owns stationery chain Typo and operates in 19 countries.

Fellow retailer Brett Blundy, who recently sold the Bras N Things lingerie chain to US giant Hanes for $500 million, also made his debut on the list with $US1.2 billion.

He was closely followed by Kerry Packer's daughter Gretel Packer, whose $1.1 billion fortune was about $US3 billion less than that of her brother, casino mogul James Packer.

Mr Packer came in at 527 on the overall list, which was topped by Amazon founder Jeff Bezos, who became the first person to surpass the $US100 billion mark with a net worth of $US112 billion.

Elsewhere among the 43 Australians on the list, iron ore magnate and philanthropist Andrew "Twiggy" Forrest took a tumble down the rankings as his fortune slipped by about $US1 billion to $US4.4 billion.

Mr Forrest and his wife Nicola's Minderoo Foundation gave away a record $400 million to charitable causes including cancer research and anti-slavery campaigns in 2017.