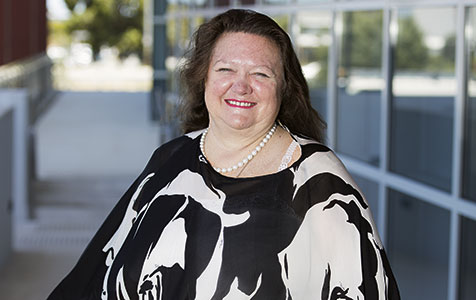 Gina Rinehart has followed fellow iron ore magnate Andrew Forrest’s lead and expanded her interests to include cattle farming, reportedly spending $40 million on a half-stake in two cattle stations in the Kimberley.

The purchase, for an estimated $40 million, was made through Hancock Prospecting, which bought a 50 per cent stake in the Liveringa and Nerrima cattle stations.

The beef cattle herd and farming operations of the two stations will be held by a newly-formed company, to be named Liveringa Station Beef (LSB).

All of the two stations' employees will be transfered to LSB, which has also acquired Waroona Abattoirs, previously known as Clover Meats.

Mrs Rinehart said Australia's north had vast potential as a food producer, and Australian companies were well placed to meet the growing needs of emerging markets in Asia.

"We are already exporting some of the finest produce in the world," she said.

"My family has had a long history in the West Australian pastoral industry with our interest continuing over generations in Mulga Downs station in the Pilbara."

"It's great to have a Western Australian investor with Hancock Prospecting's knowledge of and contacts in our target export markets and ability to support LSB's strategy with capital," he said.

"We are especially pleased that Mrs Rinehart has been attracted to Liveringa and Nerrima.

"The first step for the industry is to increase its scale so that it can be a reliable supplier in the emerging export markets."

Minderoo said it would upgrade the Harvey Beef facilities to meet growing demand for beef in China and other emerging markets.

Mr Forrest has previously stated a desire to open a live cattle export market to China, proposing a 100-year agricultural partnership between China and Australia.

Harvey Beef is the state’s only accredited beef exporter to China.