Three of Gina Rinehart's companies have collectively been fined $130,000 for lodging their financial reports too late, as the requirement for large proprietary companies to release annual financial statements has come under question. 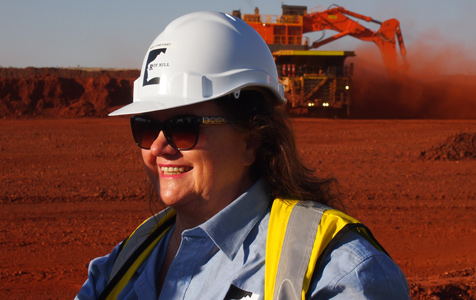 Three of Gina Rinehart's companies have collectively been fined $130,000 for lodging their financial reports too late, as the requirement for large proprietary companies to release annual financial statements has come under question.

The fines were imposed today after Hancock Prospecting, Hancock Minerals and Hope Downs Iron Ore pleaded guilty in the Perth Magistrates Court to 13 charges of contravening a provision of the Corporations Act.

The Australian Securities and Investments Commission said the companies failed to submit multiple financial reports on time between 2008 and 2012.

Large proprietary companies, defined as having consolidated revenue of $25 million or more, total assets of $12.5 million, or 50 employees, must lodge their accounts with ASIC within four months of their balance date.

"ASIC will continue to take enforcement action against companies who fail to meet their financial reporting obligations."

Hancock said ASIC's pursuit came after all the annual returns were filed.

It said it had lawfully sought relief, as a private company, from having to file.

"All taxes were paid on time ... during the period in question," Hancock Prospecting said in a statement.

"Since 2008, the Hancock Prospecting Group has paid billions of dollars in taxation.

"This prosecution highlights questions as to why some private companies must file annual accounts with a government agency even when timely paying tax, while others do not."

RSM managing partner James Komninos said that while large proprietary companies must lodge their financial statements with ASIC, businesses that operate through a trust or other structure have no such obligation.

"This creates an uneven playing field to the detriment of large proprietary companies," Mr Komninos said.

Mr Komninos said “the problem with lodging this information with the ASIC is that it becomes public information. Competitors and customers alike can look at margins and profitability, leveraging sensitive financial information to the detriment of the company."

He suggested ASIC could achieve its goals without making commercially sensitive information available to the wider public, perhaps through the introduction of a multi-tiered reporting approach.

“For example, limiting the public availability of certain disclosures considered commercially sensitive, thereby reducing the commercial impact of complying with the law. This would be a win-win to satisfy creditors and other users, while not harming the interests of large propriety companies, contributing to the maintenance of a more even playing field and greater competition.”