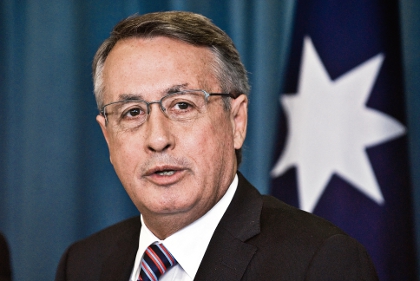 Treasurer Wayne Swan has slammed mining magnate Gina Rinehart for insulting Australian workers after she called for a cut to the minimum wage and accused people of being jealous of the wealthy.

Ms Rinehart, Australia's richest person, says those who are jealous of the wealthy should start working harder and cut down on drinking, smoking and socialising.

In her regular column in Australian Resources and Investment magazine she writes it is billionaires like herself who are doing more than anyone to help the poor by investing their money and creating jobs.

She also suggests the government should lower the minimum wage of $606.40 a week and cut taxes to stimulate employment.

But Mr Swan said the comments were "an insult to the millions of Australian workers who go to work and slog it out to feed the kids and pay the bills".

"The big question is whether (Opposition Leader) Tony Abbott will endorse Gina Rinehart's social policies as he's endorsed her tax, industrial relations and environmental policies," the treasurer said in a statement.

"Tony Abbott is Gina's knight in shining armour when it comes to fighting for tax cuts for her and Clive Palmer."

Mr Swan added: "The question for Tony Abbott today is does he agree with Gina Rinehart that Aussies are lazy workers who drink and socialise too much?

"Will he do her bidding and slash the minimum wage as Gina wants him to?"