Rigidity out in new design paradigm 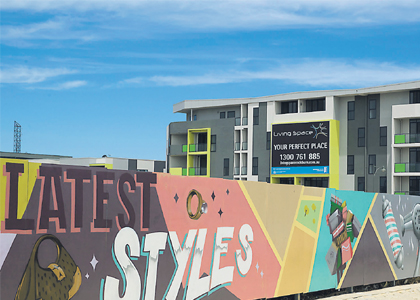 NEW BRIEF: Builders are increasingly being asked to provide more fl exibility in their home designs, as buyers look to stay longer in the same place. Photo: Annaliese Frank

WE may live in a disposable society, but Western Australia’s builders are increasingly being asked to build homes that will meet their owner’s needs for longer, allowing them to more easily live in the one place through different phases of their life.

Be it children living at home into their 30s, the need to care for elderly parents, or the desire to grow old in one’s own home - it’s clear once-rigid house designs require far more flexibility.

Partly it is the cost, but there’s also a desire to stay near the social structures people have adapted to.

To illustrate such a point, National Homes brand manager Tony Harvie highlights one of his company’s most popular options, The Marbella, in which customers have the option to turn an entertainment zone into an inde­pendent living area with its own kitchenette, bathroom and external access.

“That is being used by two groups; the 20-somethings and then nan, or mum or dad as one parent passes away,” Mr Harvie said.

Those who can’t afford to build a complete home up front often prefer to prepare their homes in a way that make future extensions easier.

In the BGC stable alongside National Homes, J-Corp executive manager Sue Bailey, who focuses on first homebuyers, said many older buildings were difficult to extend. These days, she said, buyers wanted to know that services such as plumbing were in locations where new rooms could be added easily to expand the home.

Rival builders share similar stories, but each has their own take.

ABN Group managing director Dale Alcock said builders were being affected by the fact that Australia had shifted from being a nation of spenders to a nation of savers, with many young people leaving home later, returning to the family home when relationships broke down, and eventually marrying later and moving out.

“(For many) the concept of a retirement village is not going to happen, you simply can’t build enough of them,” he said.

Another trend was the return of the granny flat or other independent living areas, but not necessarily for family. Some councils were allowing such developments to add density, which provided owners the opportunity to earn additional income from their properties, possibly while still living at that address.

Glenway Homes managing director John Woodford saw the early adoption of these trends because his focus was on $1 million-plus homes. He noted the trend towards accessibility, wheelchair access and lifts in two-storey homes to future-proof them for owners who wanted to stay there as they aged.

Mr Woodford said the outdoor entertainment area was as big as ever but now kitchens were growing in size, with the addition of larders with big preparation spaces to replace pantries - perhaps reflecting the influence of cooking programs.

Another big home builder, JWH Group founder Julian Walter, observed the trend away from bigger homes, with more owners satisfied with one bathroom as the cost of land and buildings pushed homes more towards European styles.

Owners are looking for amenity in their area, with town centres like Joondalup and Guildford offering plenty of alternatives to the CBD. However, Mr Walter admitted he was astounded by the success of apartment developments in the city, an area in which JWH doesn’t compete.