A low-profile WA family that has amassed a $300 million fortune from iron ore royalties has come to prominence by developing a head office in West Perth. 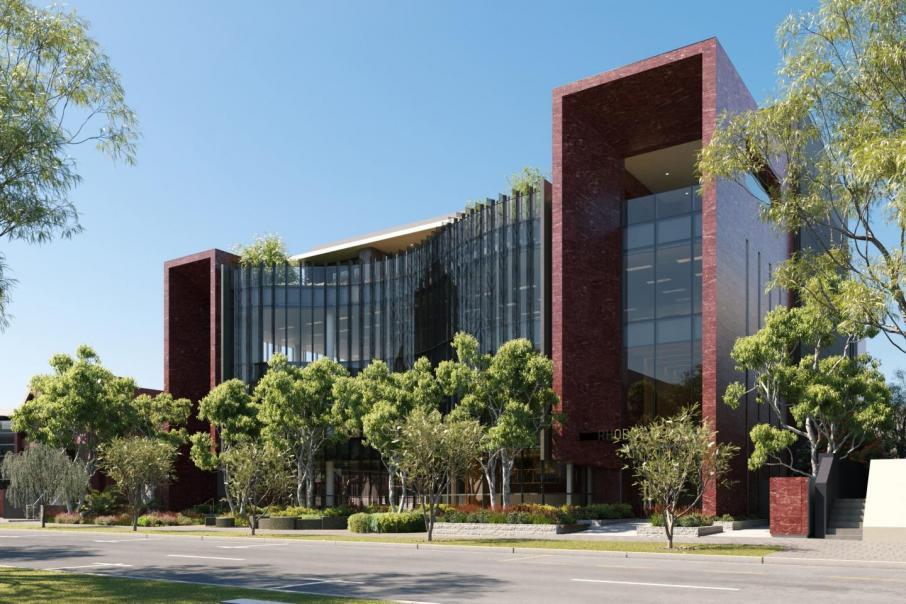 A low-profile Western Australian family that has amassed a $300 million fortune from iron ore royalties has come to prominence by developing a head office in West Perth.

The company is one of WA’s major wool and lamb producers, but its main source of revenue is iron ore royalties, which totalled $93 million in the year to June 2020.

Its net assets have tripled over the past four years to $299 million as at June 30.

The family’s good fortune stems from deals struck by company founder Don Rhodes, who was a mining and trucking contractor in the Pilbara in the 1950s and 1960s.

He was involved in the discovery of several major iron ore deposits, including Hope Downs, Jimblebar (formerly McCamey’s Monster) and Rhodes Ridge, which was named after Mr Rhodes.

The company’s royalty income is understood to come from Jimblebar, which is one of BHP’s biggest mining hubs, with output of 72 million tonnes last year.

The family is seeking to boost its income after launching Supreme Court action in 2013 to obtain payment of a 1.25 per cent royalty on production from the Hope Downs mines, which are jointly owned by Rio Tinto and Gina Rinehart’s Hancock Prospecting.

The claim was based on a 1969 agreement between Mr Rhodes and Hanwright, the partnership between prospectors Lang Hancock and Peter Wright.

The Rhodes family’s latest venture is development of a $20 million commercial building at 32 Ord Street in West Perth.

DFD Rhodes will have its head office at Rhodes House, with three lower floors now available for lease.

With DFD Rhodes having net assets of $299 million, according to financial statements lodged with the Australian Securities and Investments Commission, the family will have no trouble funding the new development.

The 2020 financial statements show it had $128 million invested in shares and property funds, $53 million in investment properties, and $67 million in freehold land.

The main revenue source was iron ore royalties, which have tripled in value since 2016 in line with the higher iron ore price.

In addition, the company earned nearly $6 million from agricultural sales and $4.3 million from rental income.

The company paid $6 million in dividends, in line with similar payouts made in previous years.

Most of its profit was transferred to retained earnings, hence the growth in net assets (or equity) to $299 million.

Company founder Don Rhodes was involved in many of WA’s major earthworks projects in the 1950s and 1960s.

This included the construction of runways for Perth Airport, earthworks for the Narrows Bridge, and carting rock for the Garden Island causeway and the goods train line through Canning Vale.

He also worked on the Lake Argyle diversion dam and the Useless Loop salt project.

DFD Rhodes was the mining and trucking contractor in the early days of the Woodie Woodie manganese mine in the Pilbara.

A notable initiative by Mr Rhodes and his workshop manager Harold Ridley was development in 1958 of the Rhodes Ridley, at the time the largest road truck in the Southern Hemisphere.

The company moved out of contracting in the early 1970s and into agriculture.

It produces wool and lamb, along with beef, canola, barley and oats, with farms spanning about 14,570 hectares.