Rhinohide takes off-road route to US

Perth-based startup Rhinohide has spent the past three years growing its presence in Australia among 4X4 enthusiasts and is now preparing to expand into the US. 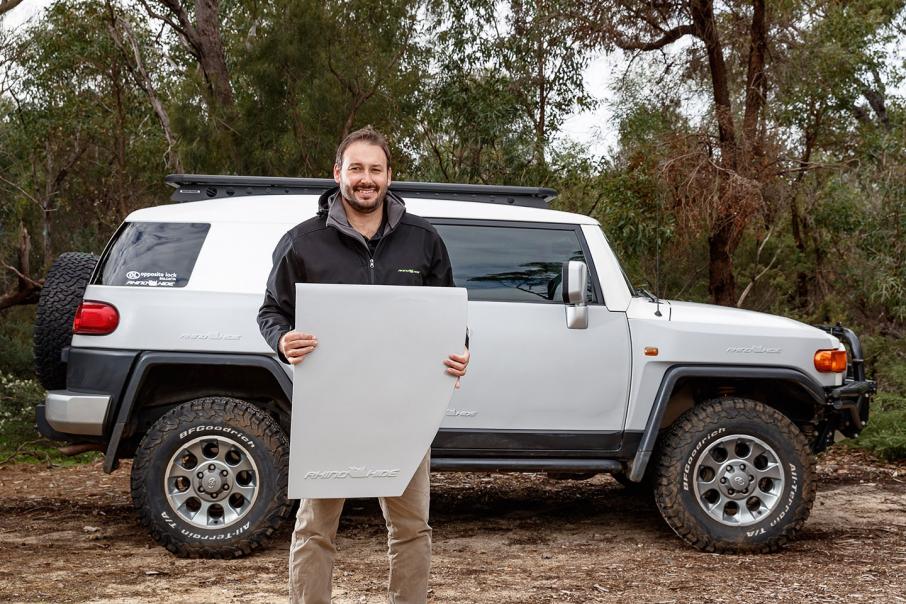 Marc Berryman says one of the biggest challenges as a first-mover business is educating the market on something totally new. Photo: Ryan Ammon

An idea that came to Marc Berryman after he scratched his mum’s car while driving it off-road as a teenager has grown into a Perth startup on the brink of expanding into the US.

Rhinohide produces a series of temporary but reusable paintwork protection panels that magnetically attach to the exterior of a 4X4, preventing scratches or chips when driving off-road.

Mr Berryman said Rhinohide was launched after he smoothed out the kinks in his marketing plan through Curtin University’s Ignition Program, which is soon to accept its eighth annual intake of entrepreneurs.

“I went to the Perth Angels and pitched to them shortly after Ignition, and then a week after that I went on the Shark Tank and got two sharks on board as well,” Mr Berryman told Business News.

He said the Perth Angels invested $150,000 in the business and the sharks from Network Ten’s program contributed additional investments totalling $160,000.

Mr Berryman, who previously owned a project management company based in London, told Business News he began prototyping the panels in 2013 and was only now at the stage that he felt no further development was required.

“The product development took a lot longer than I thought; I got messed around a bit by manufacturers here and ended up going offshore and got good results in China,” he said.

“As we’ve gone along we’ve had feedback from clients and improved the product and now we feel we’re confident with the product, packaging, and the whole offering.”

Mr Berryman said Rhinohide currently produced about 350 units annually, but would expect this to rise to about 5,000 following its launch into the US within the next year.

“That US market has always been our target market; I think Australia has been a bit of a proving ground for the product,” he said.

“We’re looking to seriously grow into the US market, which is about 25 times the size of the Australian market.

“To date, it’s been very much watching the cash flow and thinking whether we have enough money to put into product development, or if we need to restock.

“We’re looking to increase our marketing budget in the next 12 months quite significantly.”

Initially, Mr Berryman said, he had grossly underestimated the amount of advertising and marketing spend needed to gain traction.

“If people don’t know about it they’re not buying it,” he said.

One of the business’s biggest challenges had been educating the market.

“You’re creating a new market; nothing exists like this, so people aren’t looking for it,” Mr Berryman said.

The Rhinohide team assesses VFACTS reports, which provided the registration of every vehicle in Australia to see what cars are popular.

“But then on top of that, this year we ran some campaigns with say, five models, and we offered a heavily discounted pre-order price, so we kind of did our own in-house Kickstarter, if you like,” Mr Berryman said.

“Off the back of that the LandCruiser 79 series and the Prada were most popular, so we pushed ‘go’ on those.”