China’s maturing economy, not a conspiracy of collusion, is behind the actions of WA’s two biggest iron ore miners. 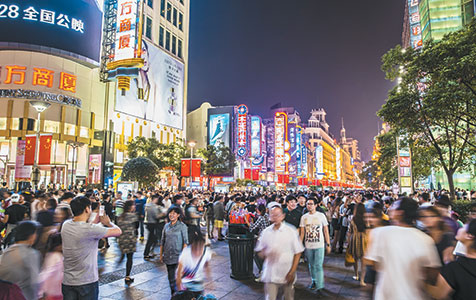 China’s maturing economy, not a conspiracy of collusion, is behind the actions of WA’s two biggest iron ore miners.

If the thought of iron ore at $US20 a tonne, and gold at $US290 an ounce, seems ridiculously pessimistic then you’re probably too young to remember how low commodity prices were in 1999 – and you’re not ready for where commodity markets are heading.

There is, thankfully, no chance that the price of iron ore or gold will retreat to the levels of 15 years ago, if only because falls that severe would trigger the closure of most of the world’s mines which would, in turn, be the spark to drive prices up.

But it is important to consider how far prices have risen since the last year of the 20th century, and what created the commodity super-boom.

Chinese demand is the single reason for the dramatic rise in prices, while a slowdown in the Chinese rate of demand will be the reason for a sustained period of price correction.

What’s happening is that China’s economy has reached a point of maturity where it will no longer serves as a sponge for commodities – an observation that is the theme of a disturbing exercise in crystal ball gazing by analysts at investment bank, Goldman Sachs.

What they reported in a document headed ‘Mining like its 1999’ is that Chinese demand for minerals is reverting to a point that will reflect its economic status, which is the equivalent to 13 per cent of the world’s economy.

While that sounds both innocuous and inevitable after two decades of hectic growth, it contains a grim message for the world’s mining industry because, in its rush to modernise since 2002, China has grown from being a market for less than 10 per cent of the world’s seaborne-traded commodities to more recently being the consumer of between 40 per cent and 60 per cent of the traded raw materials, such as iron ore.

What Goldman Sachs predicts for the decade ahead is that, as China’s switched from a manufacturing-driven economy into a services-driven economy, it will revert to a more conventional level of commodity consumption, which will be closer to its share of the global economy, about 13 per cent.

For Western Australia, with its commodity focused economy, the implications of changing China are profound and can be measured in the pressures being felt in the state government’s budget, local business activity, and the WA job market.

The key points in the Goldman Sachs analysis include claims that:

• major commodity prices have actually been in decline since early 2011;

• more than $US1 trillion has been invested in new mines since 2002 to accommodate China’s demand for commodities;

• cost cutting and increased productivity will add to pressure on prices because mining companies are not cutting output in reaction to lower prices, they’re increasing output to capture market share, which is compounding price pressure; and

• increased production at a time of slower demand growth is compressing profit margins in the mining industry.

None of the Goldman Sachs findings should come as a surprise to close observers of commodity markets, but they are a wake-up call to anyone who imagined that the next decade would be business as usual – unless they are prepared to acknowledge that ‘usual’ means a reversion to long-term prices.

The return to what might be called ‘the old normal’ will bring a number of challenges with key themes that include a changed China, living with oversupplied commodity markets, cost cutting as part of a productivity push, and a temptation for governments to increase tax and royalty rates.

All of those events can be seen at work in the WA economy and in the behaviour of BHP Billiton and Rio Tinto, which have embarked on a controversial policy of ‘flooding’ the iron ore market.

Sharply criticised by Premier Colin Barnett, the surge in iron ore production at a time of a falling iron ore price is explained by Goldman Sachs as a corporate reaction to a sharp decline in profit margins as the mining industry adjusts to the new China.

In the years of the commodity boom from 2003 to 2013, BHP Billiton and Rio Tinto were able to operate at average pre-tax profit margins of 42 per cent, dramatically higher the 25 per cent average margin that applied between 1982 and 2002.

Reverting to the ‘old normal’ of a 25 per cent pre-tax profit margin as the rate of growth in Chinese demand for commodities slows is putting pressure on everyone exposed to commodity production.

And the winner is …

Behind the claim and counter-claim over market flooding can be found a question worthy of a more considered analysis that addresses this simple question: is it good for WA?

Executives from BHP Billiton and Rio Tinto would probably dodge that question by saying that they have no choice given the toughening iron ore market.

In any case, they’re likely to say that what’s good for BHP Billiton and Rio Tinto is good for WA.

In a boom that might be true because that’s when the big miners are investing capital and developing new projects and WA sucks in capital.

But when the pendulum swings to the exploitation phase of mineral production, such as now, the cost to the host state starts to rise because there the flow of money flicks from inbound to outbound.

Apart from the flow of profits and dividends back to the shareholders of the big miners, who mainly live overseas, there is the thorny question of the depletion rate, which goes to the speed at which ore deposits are being mined and the shortening of their lives.

And then there is the trickiest question of all for anyone trying a full benefits analysis of market flooding from a WA perspective – will there be more or fewer jobs as a result of the rush by BHP Billiton and Rio Tinto to boost output?

The answer is probably a big reduction in absolute job numbers because the big companies are doing more with fewer workers, and there seems little doubt that some of the smaller and higher-cost miners will be forced out of business.

If ever there was a perfect topic for an economics doctorate, market flooding is it.