One of the nation’s most respected economists reckons the tide may have turned for the WA economy, but falling metals prices and a global trade war could render that view obsolete. 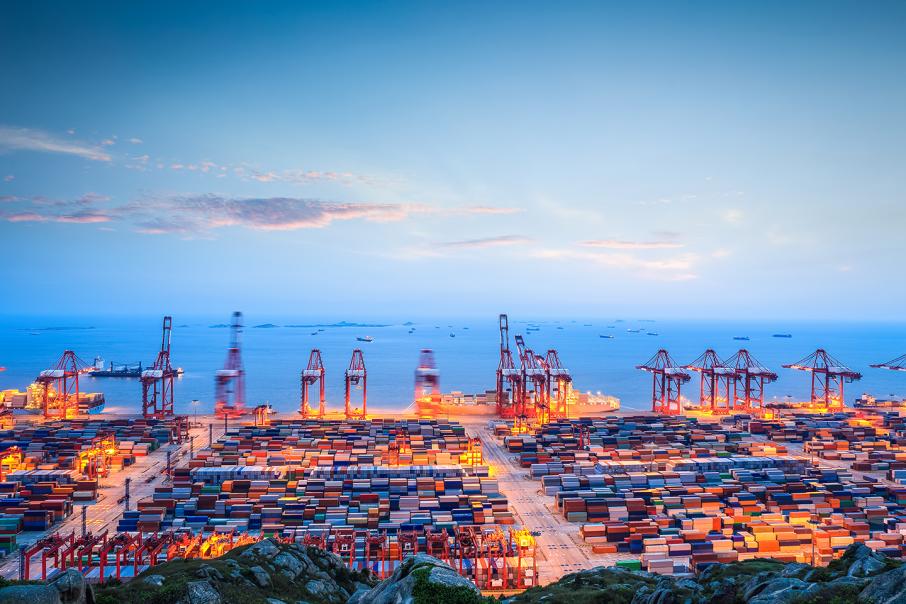 One of the nation’s most respected economists reckons the tide may have turned for the WA economy, but falling metals prices and a global trade war could render that view obsolete.

But isolation no longer means protection, and whether the state’s economy can dodge the storms blowing elsewhere is a question to worry the most optimistic observer.

If past trends are a guide, WA is overdue for an economic revival, having spent the past five years in the doghouse while other states have expanded, thanks in part to a grossly unfair sharing of money raised by the GST.

Band-aids have been applied to the GST system but the unavoidable fact is that WA, even while suffering a significant slowdown, has been subsidising other states, which were growing comfortably.

GST is one of the examples of difference that sets WA apart, not always for the good; but there are many other factors that make the state unique, including a world-class mining and oil sector, which closely ties the state’s economy to those of its Asian customers.

It’s the resources industry that is doing most to restore confidence in WA, with big-name forecasters such as Chris Richardson from Deloitte Access Economics recently predicting a brighter future in the west.

Mr Richardson said WA was ‘out of the woods’, given the state had been suffering a multi-year economic hangover after the end of the resources boom, which inflated asset values, wages and political egos to an unsustainable level.

But, and this is the critical question, is WA actually heading into a genuine and long-term recovery, or is it simply enjoying a dead-cat bounce?

It is possible that the problems of the post-boom slowdown are passing, but it would be wise to look closely at WA’s differences and wonder whether the state really can stand apart from the ill winds starting to blow off the national and international economies.

On a national level there is a growing risk of a recession across eastern Australia, as the property bubble there appears set to burst.

Also on a national level there is an energy crisis not just brewing but actually happening, thanks to astonishingly foolish decisions by state governments to try and eliminate fossil fuels from the energy mix before a viable alternative is in place.

Eastern Australia is now a unique part of the world in that it effectively bans, or inhibits, the world’s three major sources of electricity generation – coal, gas and nuclear – with most of its energy eggs in the emerging, but still unreliable, renewables basket.

The net result is a slow-motion train wreck that is forcing big energy users (companies that are also big employers) to scale-back operations, postpone expansion plans, or close.

As is often the case, WA is an exception to the east coast property crash and energy fiasco, but it does risk becoming collateral damage if the banking sector plunges into one of its overdue downturns and lending rules are tightened nationally, while falling bank share prices bruise most investment portfolios.

The big issue, however, for WA is the state’s international exposure; a blessing in good times but a problem when the world hits a rough spot.

Evidence that a severe global downturn has started can be seen everywhere (caused in part by the trade war initiated by US President Donald Trump), and the way that event is morphing into a currency war.

China, Mr Trump’s prime target, is starting to feel the strain of the limits applied to the export of its manufactured goods to the US, with a rising tide of debt defaults starting to hurt the country’s banks.

The manufacturing downturn, which actually started earlier this year, is accelerating, with a recent analysis of a key economic performance indicator, the purchasing managers index, showing that some parts of the world are heading for a period of contraction.

WA’s lifeblood is selling resources (mining and agricultural) to manufacturing countries such as China and Japan. If they slow significantly, the effect will be felt here. In fact it is perhaps starting to be felt already, as metal prices retreat with copper – a bellwether metal dubbed ‘Dr Copper’ for its reputation to act as an early-warning indicator – down 15 per cent over the past two months.

Some of the smartest people in business are ringing the warning bell about the economic and stock market outlook.

• Gavekal, a research firm with close links to China, is predicting a global recession next year, a view based on its assessment of monetary flows and an observation that “falling metal prices are seldom good news for world trade”.

Falling metal prices are also bad news for WA because of the state’s important resources industry. And while it would be pleasing to imagine that the recovery seen by Mr Richardson might continue, the reality could be that we’re simply watching a dead cat bounce.

The fall in metal prices since the trade war started could not have come at a worse time for WA’s premier mining conference, the annual Diggers & Dealers forum, which will be held in Kalgoorlie for three days from August 6.

Delegate registrations, according to the organisers, are running at close to a record, with extra exhibition space created in the forecourt of the Goldfields Arts Centre and accommodation in the city said to be fully booked.

Because the conference is a place reserved for optimists, there is unlikely to be a much pessimism permitted, though it will be hard to fully dismiss what’s happening on global markets.

The one area of potential good news is the same that has come to the aid of mining and the wider WA economy in earlier downturns – gold.

Because it is a commodity and a currency, gold can play on both sides of a trade and currency war, with a fall in the US dollar value of the metal being offset by a fall in the value of the Australian dollar as it is bruised by an economic slowdown.

If history is a guide, gold could re-emerge as a bright spot in the WA economy.