WESTERN Australian companies that trade with Thailand have been buoyed by the news the new government is focused on fixing the country's political problems and social turmoil while enhancing trade relations with Australia. 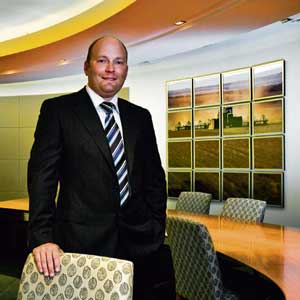 WESTERN Australian companies that trade with Thailand have been buoyed by the news the new government is focused on fixing the country's political problems and social turmoil while enhancing trade relations with Australia.

Widely publicised protests and political conflict in Thailand - culminating in hundreds of anti-government protestors delaying Association of South East Asian Nations (Asean) delegates from meeting at the East Asia Summit last month - have done nothing for the country's reputation.

But Thailand's importance to Australia as a trading partner is growing as the current chair of Asean seeks a sense of normality under a democratic government, led by Prime Minister Abhisit Vejjajiva which came to power in December last year.

Thailand is WA's eighth largest merchandise trading partner overall, seventh for exports and fifth for imports, with total trade in 2008 valued at more than $5 billion, up from $3 billion the previous year.

Non-monetary gold dominates both imports and exports to and from Thailand.

Sitting in fifth place for WA exports to Thailand is wheat, valued at $33.5 million in 2008.

Mr Puddy explained that while WA currently contributes only 34,000 tonnes of Australia's annual wheat export average of 330,000t to Thailand, there is plenty of opportunity for growth considering the country imports more than 1 million tonnes a year.

"We, the political masters of Thailand, are now trying to change conservative views of Thailand, that are hundreds of years old," Mr Piromya said.

Pigments and paints fall just outside the top five exports but US-owned company Tronox, which markets the output of its joint-venture TiWest, a Kwinana-based producer of white pigment, is confident Thailand will regain its purchasing power.

"It's about the fourth biggest country we export to, behind China, India and Korea and we're looking forward to them settling down and getting back into the market," he said.