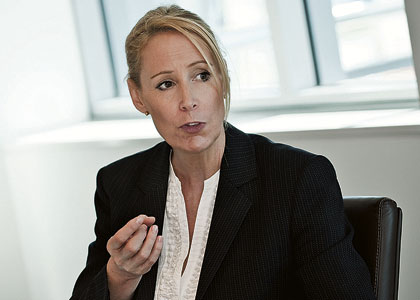 THE federal government department that oversees the Environment Protection and Biodiversity Act is reassessing how it handles development applications after losing a court case to LandCorp.

The Western Australian state development agency took the Department of Sustainability, Environment, Water, Population and Communities to court when the two failed to agree on terms for the proposed Mandurah Junction project.

The housing, retail and commercial development adjacent to Mandurah train station was given the green light by the WA Planning Commission in November 2010.

However, LandCorp also submitted the proposal to the federal department for approval because it could have affected the Carnaby’s Black Cockatoo – a threatened species under protection of the Environment Protection and Biodiversity Conservation Act.

The department decided LandCorp could only proceed if it adhered to strict conditions, which a LandCorp-commissioned study did not consider necessary.

The developer subsequently lodged the matter with the federal court, claiming it had been denied natural justice.

In his ruling Justice John Gilmour agreed the federal department had not acted fairly because it referred to information that was not made available.

He said the department and developers often agreed that reports be written on potential impacts, by a person the department deemed educated in the field, and then found fault with the conclusions.

“You would think that the federal department would agree with that conclusion, but what has been happening is they’ve not been agreeing with that,” Mr Willcock said.

“So when industry has been saying ‘so tell us why’, they’ve not been providing that information.”

Mr Willcock said there needed to be certainty for developers how proposals would be reviewed by the department – something Urban Development Institute of Australia chief executive officer Debra Goostrey said was non-existent.

“Developers are just going in blind,” she said.

“For a long time it has been a guessing game, creating delays that translated into increasing development costs that are passed on to the new home buyer.”

Ms Goostrey said the guidelines the department worked to in terms of approvals for the Carnaby Black Cockatoo had been drafted more than two years ago, and there was no reason why they could not be made public.

Sustainability, Environment, Water, Population and Communities Minister Tony Burke said he had sought information on what implications the judgement would have.

“This includes how the department provides information to proponents in a way that provides for natural justices,” he said.

It was an outcome both Ms Goostrey and Mr Willcock had hoped for – but both said there were still issues around the fact developers had to go through a two-stage process to get approvals for land development.

“It’s unfortunate that we have arrived at this dual system,” Ms Goostrey said.

WA Environment Minister Bill Marmion said the state had entered into an agreement with the Commonwealth to undertake strategic assessment of future development in Perth and Peel.

Mr Marmion said the outcome would be a coordinated assessment that would deliver improved biodiversity conservation outcomes for a growing Perth.

“The strategic assessment is intended to reduce regulatory burden and streamline approvals,” he said.