Revenue glass half empty for hospitality

Turnover for clothing retailers and cafes Australia-wide was halved in April 2020 compared to the same month in 2019, with Deloitte warning employment in some sectors may not recover for five to six years. 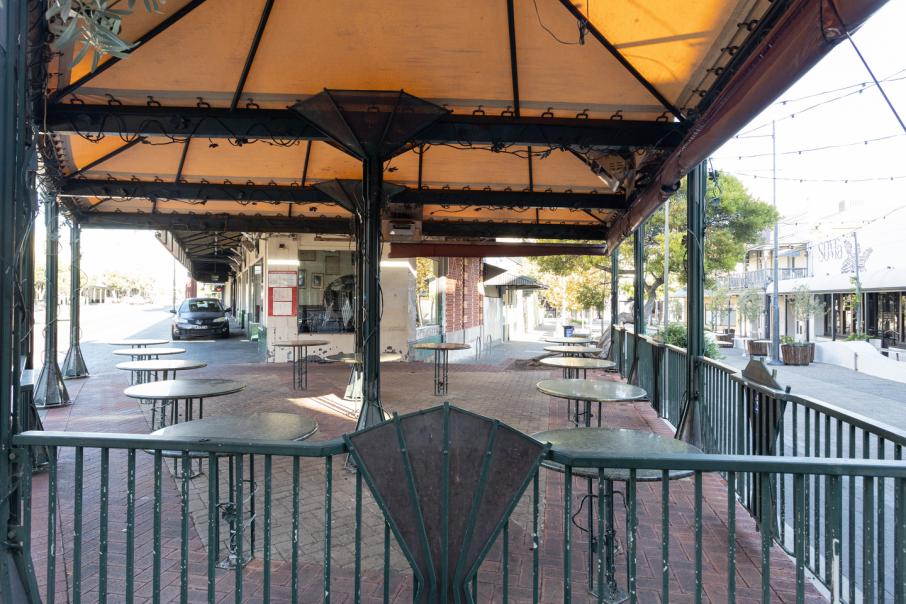 A restaurant in Fremantle during the COVID-19 restriction period. Photo: Gabriel Oliveira

Turnover for clothing retailers and cafes Australia-wide was halved in April 2020 compared to the same month in 2019, with Deloitte warning employment in some sectors may not recover for five to six years.

Preliminary data from the Australian Bureau of Statistics shows the big rise of retail sales in March, about 8 per cent, was more than reversed in April.

The bureau said it was the strongest fall in seasonally adjusted terms in the history of the survey.

“Businesses reported that regulations regarding social distancing measures limited their ability to trade as normal for the entire month.

“Turnover in clothing, footwear and personal accessories, and cafes, restaurants and takeaways in April 2020 is around half the level of April 2019.”

“The restrictions to prevent the spread of COVID-19 took full effect over April and have severely negatively impacted spending, especially for discretionary items,” she said.

“The measures have prevented normal operations for a number of retailing businesses and limited foot traffic to stores.

“Furthermore, the combination of rising joblessness and falling incomes have engendered caution around spending.

“While an easing of restrictions will bring customers back to an extent, the loss of incomes and employment is also likely to prevent consumers from lifting spending.

“Further weakness in household spending is expected over coming months.

“Indeed, the Reserve Bank has said they expect household spending to fall by 15 per cent in the June quarter.

“Today’s data suggests that a larger decline is possible.”

Consultancy Deloitte warned an economic recovery would take longer in some industries than others.

“At a broad industry level, the key losers in terms of jobs losses in the short term (seeing greater than 50 per cent declines) are expected to be accommodation, arts, recreation and other services – and they may take five or six years to recover all the job losses,” Deloitte said.

“Sectors such as property and professional services, education and telecommunications are less impacted now, and may be back in a solid growth phase by early 2022.

“However, a couple of sectors have a moderate decline now, but may take an extended period to return to early 2020 employment levels.

“Key here is the finance sector, which may see a longer period of weak performance than other key office-intensive industries.

“The finance sector is part of the defence against the COVID-19 downturn, with many loans being deferred.

“But over time banks can expect to see a sharp rise in non-performing loans, while it may be some time before businesses are ready to invest again at significant scale, implying a sharp hit to credit demand.”

Deloitte also said demand for office space in Perth and West Perth would not recover until 2024, despite a reasonably light impact so far.