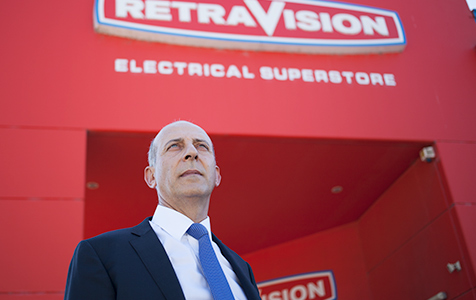 Retravision members in Western Australia will get a return of surplus funds after voting this week to wind up their buying group, in a final step to protect themselves from problems that originated in the eastern states.

The previously nationwide franchise network was rocked by the collapse of its eponymous buying groups in the eastern states, which led to the closure of all Retravision stores in New South Wales and Victoria.

As a result, some Retravision stores in WA became Kambo's or Betta stores, a few closed down and about half of them carried on with the original name.

The remaining WA stores were able to continue business after they secured a new buying group, the National Associated Retail Traders of Australia (Narta).

Narta, which buys electrical products for retail chains including David Jones, Myer and JB Hi-Fi, took over as Retravision's main buying group more than a year ago, but the Retravision WA buying group also continued to operate.

That is until Monday when Retravision WA's approximately 60 members voted to put the company into voluntary liquidation.

Crowe Horwath principal Mervyn Kitay, who is acting as the members' voluntary liquidator, said the closure had led to about 20 people losing their jobs, but it also meant Retravision stores in WA could continue operating.

"There's been an orderly transition of business activities from Retravision WA to Narta and that's a good story. It didn't go insolvent," he said.

Mr Kitay said having Narta operate as the sole buying group for Retravision stores in WA would ensure WA stores' ability to receive products from suppliers.

"Because of the losses that arose in the earlier liquidations of Retravision New South Wales and Victoria, the trade indemnity insurers refused to insure a number of major suppliers to Retravision in WA," Mr Kitay said.

"So Retravision WA, which was doing quite well, all of a sudden couldn't get supply. That prompted the closure of Retravision WA as an entity who simply could not access product from its suppliers."

The closure of the WA buying group means its members will share in the return of "a few million" dollars as the business had more assets than liabilities.

"Retravision in WA was very well managed but they've simply wound up the company and will be returning surplus money back to its members," Mr Kitay said.