Health care providers are shifting away from the traditional approach to practice design. 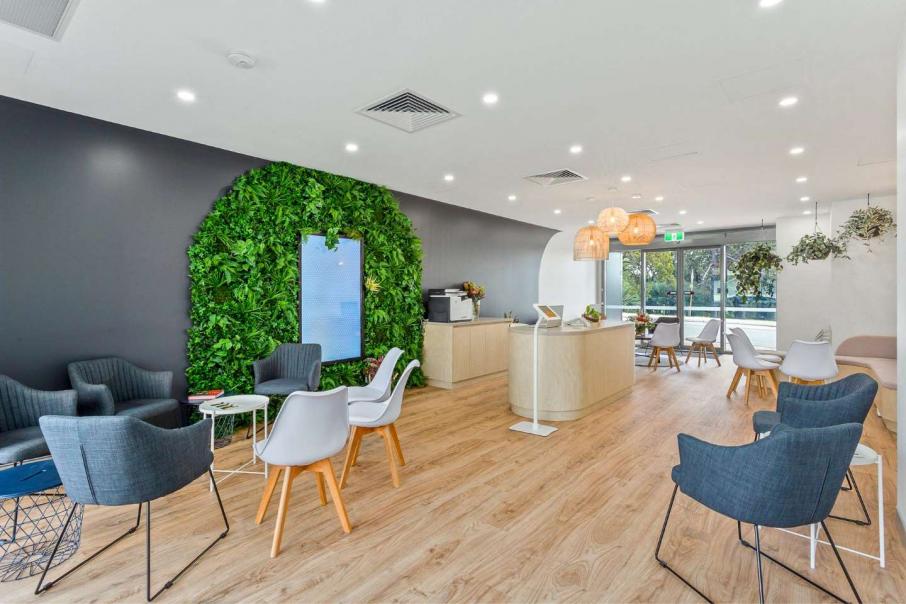 Next Practice has ditched the traditional clinical look for its practices. Photos: Interite Healthcare Interiors

Health care providers are shifting away from the traditional approach to practice design.

The interior of Next Practice Victoria Park could easily be mistaken for that of a cafe or commercial lobby.

Timber floors, hanging plants, groupings of assorted furniture and a green wall fitted with an interactive screen are a deliberate departure from the typical medical centre fit-out. 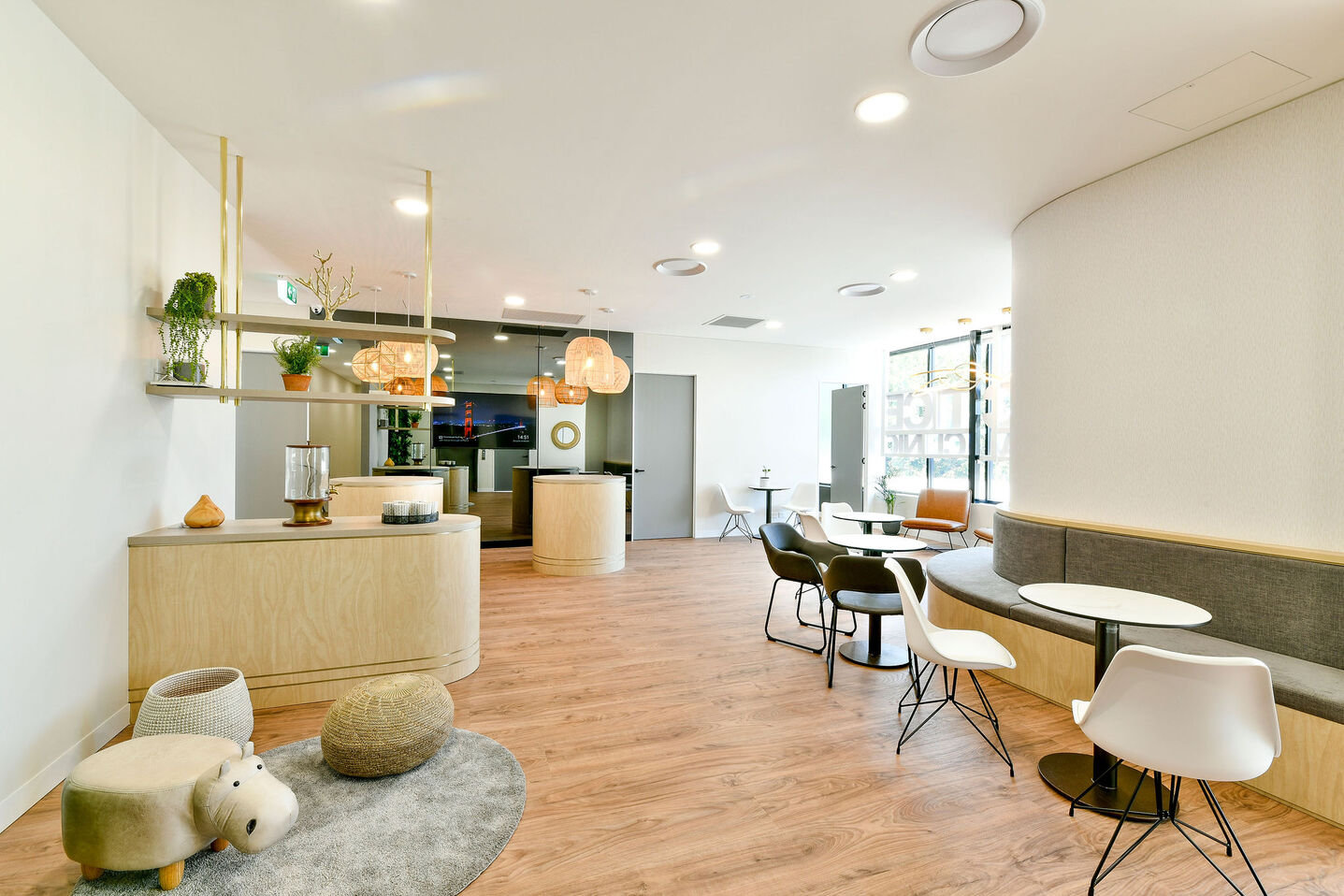 Challenging preconceptions of the clinical space has been a recurrent theme for the business when investing in fit-outs, according to Interite Healthcare Interiors project executive Morgan Judd.

The Perth-based design and construct company has worked with Next Practice on several projects across Australia, Mr Judd said, with each location seeking to shake-up the status quo of healthcare design.

“It’s more that hotel experience rather than being a clinical environment,” Mr Judd told Business News.

“In their waiting reception space, they’ve created what looks very different … to actually try to engage all five senses … putting a different perspective on health care that hasn’t really been considered in the past.

“From a visual perspective, it’s those different finishes to soften [the space] so it doesn’t feel clinical, introducing greenery, timber.

“They’ve got a particular smell that’s calming and inviting, then they’ve got a certain tone of music that’s played at a certain number of beats per minute that’s supposedly calming as well and makes you feel comfortable, [like you are] at home.” 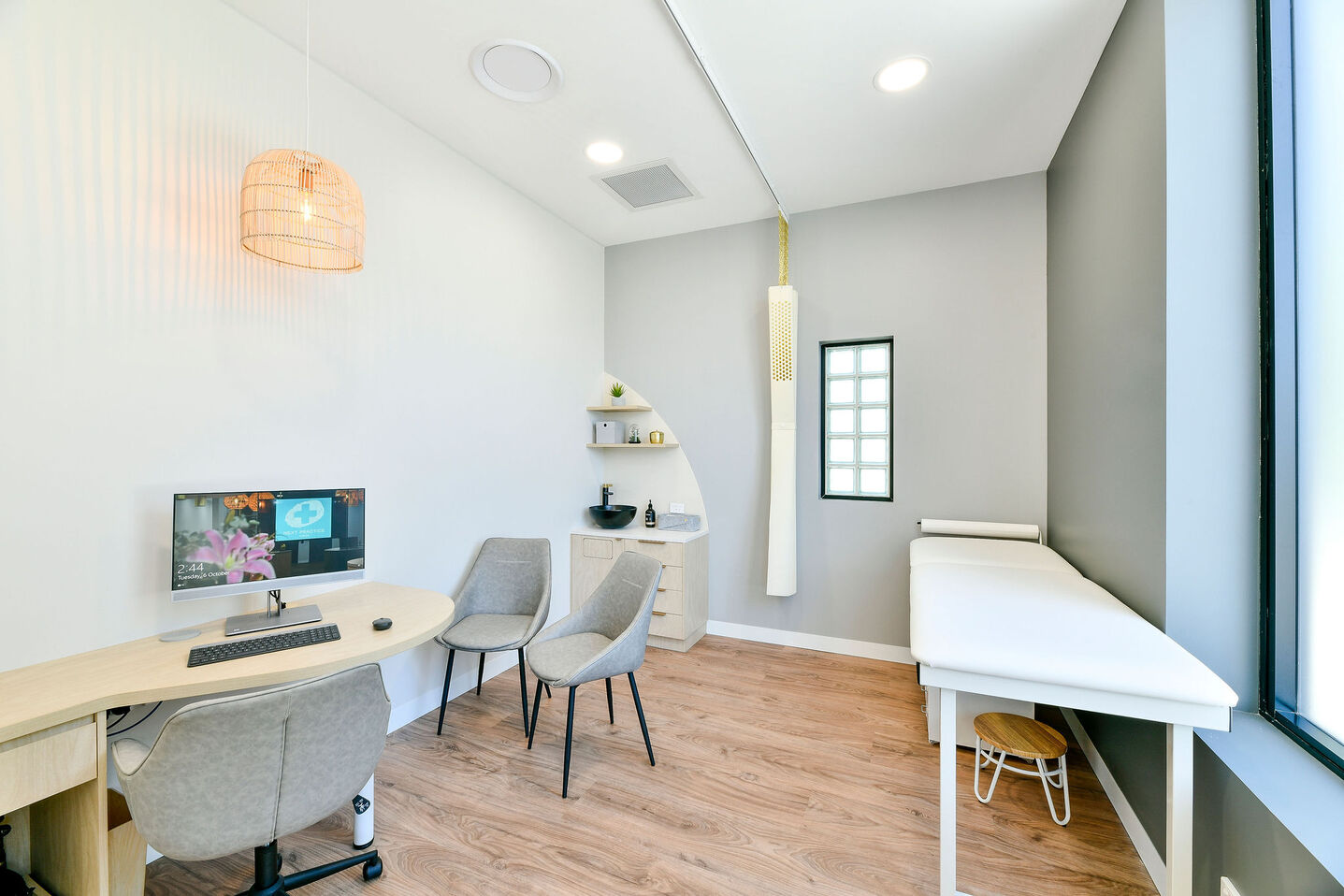 Next Practice had also reimagined the function of medical centre reception, he said, modelling a concierge service.

“Patients are expecting higher levels of care, which is driving high competition in the sector,” Mr Judd said.

“Think of a typical GP practice from 20 years ago: linear seating in a waiting space, very clinical … competition has changed things a lot.”

Other recent projects had similarly embraced the idea of elevating the patient experience, he said, by incorporating self-service coffee bars and alternative furniture to the standard waiting room chair.

Mr Judd said that trend had extended across its client base, which included other medical specialists, vets, dentists, as well as community and mental health service providers. 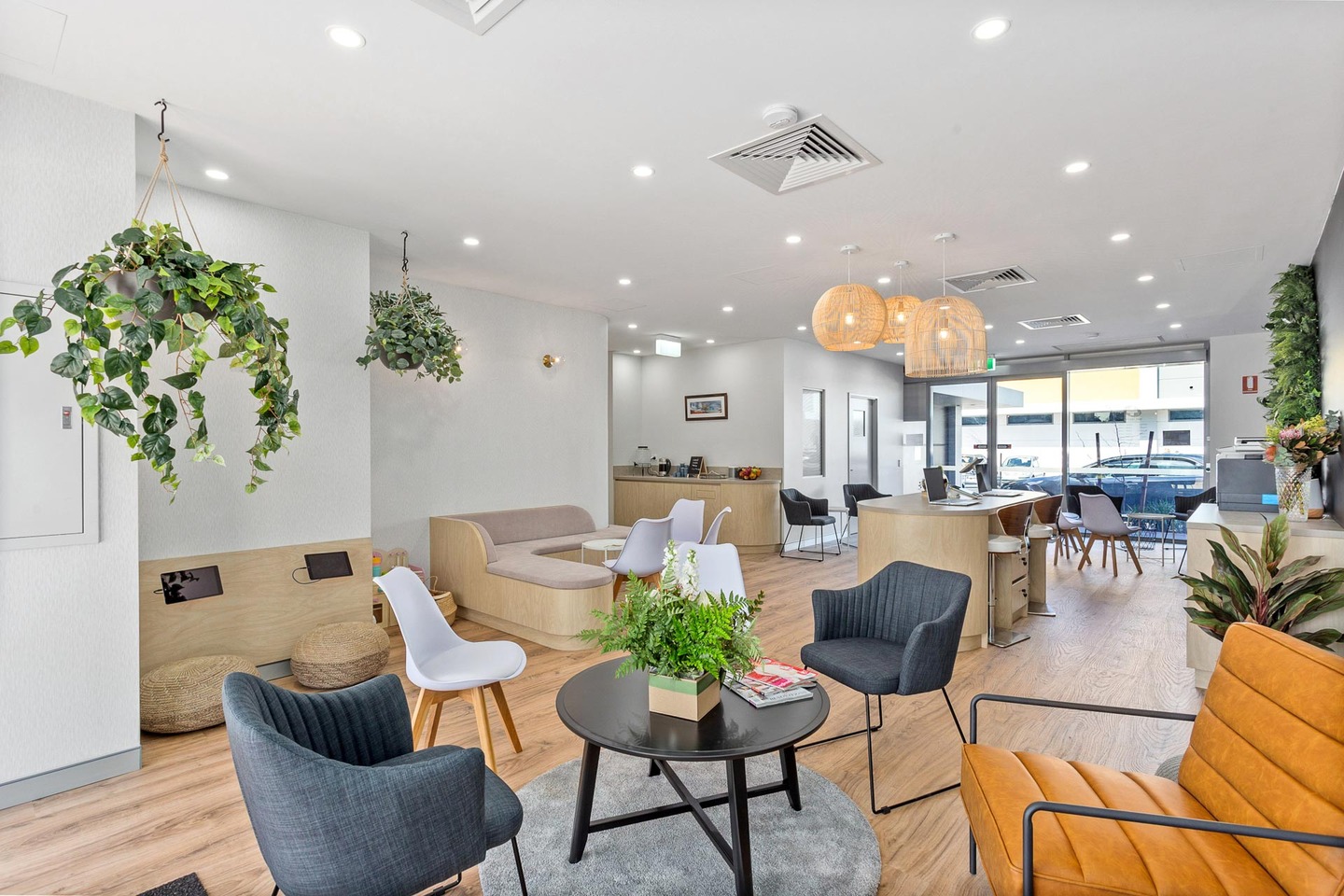 Technology had added another dimension to the medical sector, he said, with COVID-19 accelerating the take-up of telehealth services.

With some medical providers now conducting body scans prior to in-person consultation, Mr Judd anticipates technology will continue to influence the interior design of healthcare places.

“You might say that doesn’t relate to the internal design of a space, but it is affecting the way we consider health care and the interaction between the patient and the doctor,” he said.

That included considering the function of the space, placing screens inside consultation rooms to enable both patient and doctor to sit side-by-side and view medical details simultaneously, rather than the traditional model of a doctor working off a desktop computer.