Rethink on help for mentally ill 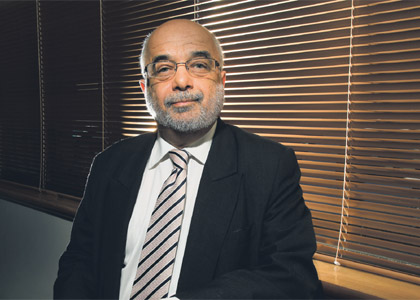 THE Richmond Fellowship of Western Australia has stepped up its push to change attitudes in the state’s mental health system and help drive law reform.

Boosted by a recent $4 million grant from the Barnett government, the not-for-profit organisation is seeking to expand its ‘innovative’ recovery-and-support approach as part of changing the way society deals with the mentally ill.

It also plans to lobby for reform of the state’s Criminal Law (Mentally Impaired Accused) Act in the run-up to next month’s WA poll.

Richmond Fellowship, which started in WA in 1975 and is part of a global group of franchises, encourages a move away from purely clinical treatment and provides accommodation, skills training and support services aimed at reintegrating people into the community.

“(WA) has the most punitive Act in Australia of its kind,” Mr Calleja told WA Business News.

“It is a disgraceful Act and it is a blot on the reform process.”

Under the Act of 1996, any person suffering with a mental health issue who consequently committed a crime was denied the right to legal representation, the right to appeal and the right to know the reasons for any decisions made against them, Mr Calleja said.

If found guilty they were sent to prison, not to an institution, and were deprived of their medication as well as any other forms of assistance they might require.

This “lock ‘em up” attitude is what you would expect from a “totalitarian regime”, he said.

The Act was reviewed in 2003 and, although recommendations were made for its overhaul, no action was taken.

The Western Australian Association for Mental Health has recently written to Premier Barnett asking for the Act to be amended.

The Richmond Fellowship will also release a petition supported by various agencies and individuals calling for reform. Mr Calleja said a two-year trial for a mental health court started midlast year and has enabled convicted ‘consumers’ to be channelled away from prisons and into institutions.

The current legislation allows a magistrate to declare a defendant unfit to try their case and in this instance a consumer can be sent directly to prison, bypassing the mental health court entirely, he said.

The Richmond Fellowship’s programs are aimed at supporting these people through accommodation, education and other support activities.

“It doesn’t matter how bad their illness is, how bad their diagnosis is, give them the right circumstances and they can recover,” Mr Calleja said.

“Most people who come into our service have been told by their psychiatrists and their care workers that they’re going to be sick forever.

“Firstly, telling someone they can recover has amazing transformational effects.”

Mr Calleja joined the Richmond Fellowship of Western Australia as chief executive officer in 2005 and within his first three months he set up the Hearing Voices Network Australia, which originated in Europe and challenges traditional thinking.