Retail vacancy on the improve: JLL 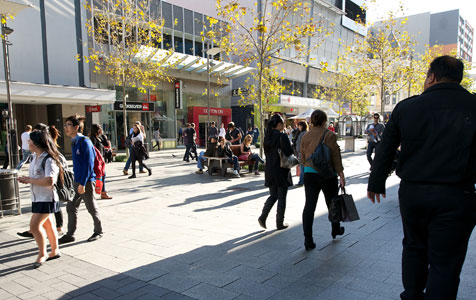 Perth’s retail market is on the rebound, bouncing back after recording the highest vacancy in Australia at the end of last year, according to commercial property agency JLL.

The retail vacancy rate at the end of June in Perth was just over 4 per cent, JLL said, after it was more than 5 per cent in December last year.

Across Australia, the average retail vacancy rate was 3.6 per cent.

JLL head of retail WA Ann Manifis said the improvement in Perth was largely a result of improving conditions in the CBD.

“Remaining vacancy is predominantly located on the fringes of the CBD retail area, and the Perth city retail hub is demonstrating low vacancy.

“The launch of department store giants Zara and Top Shop at the end of the year will likely boost the city’s performance and our leasing team is certainly seeing an increase in enquiry from new retailers keen to be in the CBD.”

The tightest retail market in Australia was Sydney, with only 2.2 per cent of retail properties available to rent.

Adelaide retail property was the worst market, with a vacancy rate of just under 5 per cent.

“Conditions are easing following a challenging few years,” he said.

“Retailers and centre managers have been proactive in responding to the weaker retail trading conditions in recent years, as well as changes in shopping habits, and these strategies are now starting to show a positive payoff.”