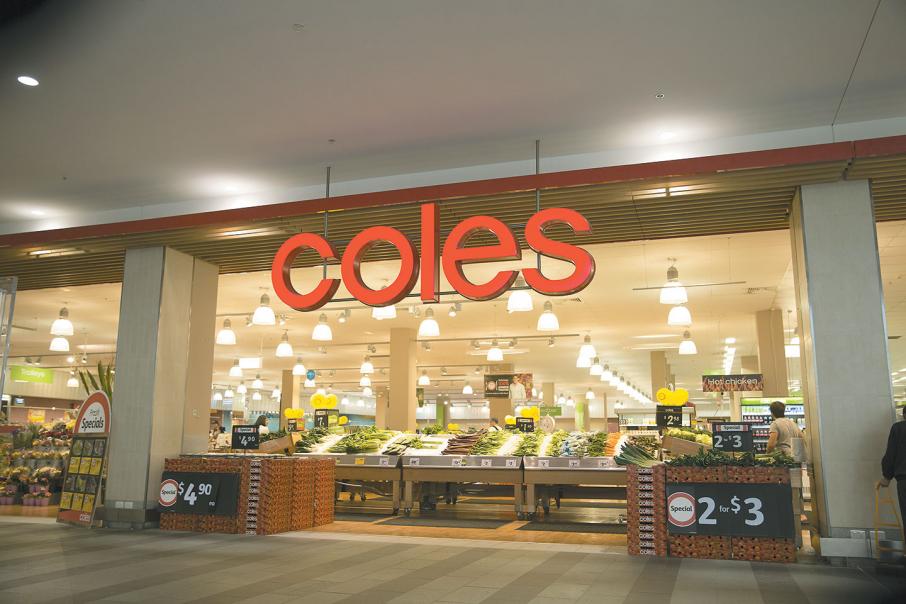 Coles is set to be spun-out in November. Photo: Attila Csaszar

Retailing has rarely been tougher, especially for shopkeepers without an internet solution, but the latest indications of what’s happening behind the scenes suggest the game is about to get even tougher.

Wages for low-paid retail workers are on the rise, and while there’s no doubting that what’s happening is fair, the increases are flowing through at a difficult time for the industry.

Hints that all’s not well in parts of the retail sector, which employs a lot of casual workers who are at the bottom of the pay scale, could be seen over the past few years as some shop owners deliberately, or by mistake, underpaid the already lowest paid.

Prosecutions of employers by the Fair Work Ombudsman are on the rise as unions blow the whistle on unreasonable treatment of workers, and audits of pay rates are undertaken either voluntarily or at the direction of the ombudsman.

Examples of what’s happening can be found in the case of Domino’s Pizza, with only four of 23 stores investigated by the ombudsman found to be fully complying with workplace law.

Earlier this year, Caltex dropped its franchising model after being criticised for breaches of workplace law, and Woolworths has stepped up its audit of contract cleaners to rectify underpayment of workers.

There is, however, a lot more happening in retail than employers being forced to comply with workplace laws, including: the potential for an international reaction to indications of strong wage rises in the US; attempts to alter a workplace system in place at the Bunnings hardware chain; and a gloomy analysis of the retail sector by investment bank Credit Suisse.

Capping off the changing world of retail is the imminent launch of an independent Coles food retailing business, to be spun-out in November by its owner, Wesfarmers.

Once a retail backwater, Coles has been revolutionised as an extremely competitive outfit and is likely to be even more competitive once it returns to its roots as a standalone business with a lot to prove to its customers and investors – and that means being cheaper and perhaps better than everybody else, whether in-store, or online.

The Bunnings situation is an example of unions wanting to have a greater say in how an employer rosters its workers. And while that is not directly related to rates of pay, it can become an unnecessary expense if a store has too many people on deck when trade is slow.

Under the current Bunnings arrangement, workers an be asked to ‘bank’ their hours, perhaps ending a shift early, or missing a shift, and then playing catch-up late during busy trading times.

While not a threat to Bunnings, it is an example of changing workplace rules and the growing power of organised labour in some industries, such as retail, where job and career opportunities have been in decline, especially since the advent of internet shopping.

Credit Suisse pinpointed the issue in the headline of its report into retailing, ‘The jaws of online and wages tightening’.

Not surprisingly, the bank found that online sales are dominating growth in overall retail sales, though a closer look at the numbers included the comment that, in the year to June 30, total sales through bricks and mortar outlets across Australia rose by just 1.6 per cent.

Online sales contributed 45 per cent of the modest overall growth rate, while household goods sold through shops grew by only 0.4 per cent.

“If the current rates of growth were to be maintained, bricks and mortar retailing of household goods would shrink in aggregate in 2019,” Credit Suisse said.

Remarkable as that projection implies, it gets worse when the push of higher wages is considered, with retail wages growing faster than retail revenue.

Credit Suisse noted that the award base rate of pay increased in the retail sector by 3.5 per cent on July 1, a rate more than double the overall 1.6 per cent increase in shop revenue.

Slower sales and rising costs are just what retail does not need.

Encouraging the lithium mining and processing industry is positive for Western Australia, but there is another high-tech mineral development that could be just as important – the production of metal powders for 3D printing.

Earlier this month a British company with WA connections, Metalysis, announced the start of operations at its first commercial-sized system in South Yorkshire.

In theory, the Metalysis process, which grew out of a discovery at Cambridge University almost 20 years ago, can produce a wide variety of metal powder in a simple electrochemical process.

Titanium was an early favourite of Metalysis, which is why Perth-based mineral sands miner Iluka Resources invested heavily in the technology.

Last year, however, Iluka wrote-down the value of its $30.4 million investment in Metalysis to zero, but is believed to remain keenly interested in the technology, which could be a natural value-added addition to its production of titanium dioxide while also dovetailing neatly with the WA government’s effort to encourage more domestic mineral processing.