Opinion: Amidst the ongoing shakeup in the retail sector, driven by internet shopping, an investment opportunity has arisen in property. 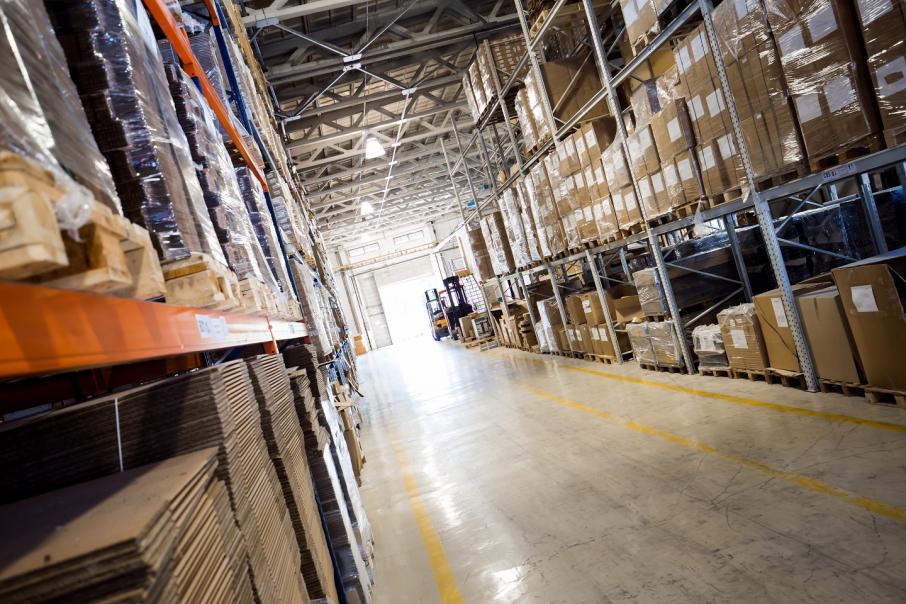 Opinion: Amidst the ongoing shakeup in the retail sector, driven by internet shopping, an investment opportunity has arisen in property.

Contrary to almost everything written over the past few years, the retail sector is not dying – it’s just relocating.

For property investors, that observation about the changing nature of retail outlines a rapidly developing opportunity.

Industrial property, especially warehouse sites, have become the hot ticket in the real estate world, reversing decades of an established pecking order that has generally been topped by residential and inner-city high-rise office space.

E-commerce, of the sort driving some traditional bricks-and-mortar retailers to the wall, has woken a sub-section of the property market as retail based on internet transactions overtakes shopping as it has been known since shops were invented.

Like so much involving the internet, the warehouse revival has started in the US, largely because that country has many big cities with concentrated populations. These catchments are perfect for online shopping and delivery services, which in some cases has dropped to a three-hour promise.

In other words, why bother to visit a shop when whatever you want can be ordered via computer, smartphone, or some other device, with delivery made to your home before the end of the day – or before lunch if placing a morning order, or before you get home from work?

Other countries will follow, including Australia, because that’s the nature of a business revolution is being driven by the most basic force in commerce – what the customer wants.

Another way of looking at the change under way in retail is to describe the shift in shopping from street frontage to an era when the shop is effectively in a shed on the outskirts of town, connected electronically and by a fleet of drivers and delivery people.

The opportunity for investors lies in rising demand for warehouse space, close enough to population centres but far enough away for the land to be cheap. And there has to be enough of it that there’s space to build a big shed with room to expand.

In the US, warehouse property rents are rising at double-digit rates across the country, easily outstripping all other forms of real estate, with warehouse vacancy rates at historic lows.

A spokesman for the big US real estate firm Cushman & Wakefield said last week that demand for industrial sites in the US was off the charts.

Another property firm, TH Real Estate, has calculated that total returns on warehouse investments will be double that of other US property sector this year, with the warehouse market expected to remain the industry leader for at least the next three years.

Demand is so strong for warehouse space to service the needs of the e-commerce industry – and that simply means a good location with huge floor space and room for stock pickers and robots to fill orders – that in some cases low-rent office buildings and vacant shops are being bulldozed to create the required space.

XPO Logistics chief operating officer Erik Caldwell, whose company owns more than 800 warehouses, said e-commerce clients had grown to account for 30 per cent of its business, encouraging the company to open two new warehouses a week.

But what Mr Caldwell said next drives home the point about the retail shift.

“Consumer demand is fuelling tremendous growth in retail and e-commerce,” he said.

In other words, a warehouse owner is a retail winner thanks to the decline in traditional shopfront retail.

Cushman executive Andrew Judd said the warehouse boom had made industrial property broking “sexy”, probably not something anyone has even said before about renting a warehouse.

COST and efficiency are keys to what’s happening in the warehouse market, just as it is in a traditional arm of retail is being changed by a similar warehouse-like effect.

At the ultra low-cost end of food retailing, two relatively new participants have outlets that look more like warehouses than traditional Australian shops and supermarkets.

German giant Aldi is carving off a handy share of the national retail cake with what might be called mini-warehouses, while US business, Costco is forcing itself into another part of retail with outlets that that are warehouses in everything but name.

Perth shoppers have already got a taste of Aldi. Costco is expected to start work soon on its $55 million warehouse at Perth Airport.

COMPUTER technology is a key to what’s happening in e-commerce, but that doesn’t mean that all new businesses based on the latest forms of communications will succeed, with the once popular concept of peer-to-peer lending starting to run out of support.

Interesting for the way it brought potential borrowers into direct contact with potential lenders, peer-to-peer is meant to bypass the middleman – banks.

Assuming the interests of all players are aligned, peer-to-peer lending can work, but international indications are not encouraging.

In Britain just before Christmas the original peer-to-peer lender, Zopa, switched from its startup roots to win a full banking licence.

Banks might not be popular anywhere these days, but they do not have the problem for investors of having to understand a borrower’s business, which is what keeps lenders occupied in a peer-to-peer arrangement.

AS a final thought in this international edition (filed from the UK), it’s hard to avoid the question of Brexit, which is a topic that most people in Britain wish would simply disappear.

But before getting to a prediction of what’s likely to happen, it’s worth stepping back to try and understand why British voters took the ‘leave’ option (and the clear poll’s demarcation between London and the rest of the country).

At a budget meeting of the Greater London Authority, Mayor Sadiq Khan explained the difference between the city and country, perhaps without realising the importance of what he said.

“London is an international city,” Mr Khan said at the meeting (which I briefly attended), a seemingly innocuous remark that is undoubtedly correct.

It’s what Mr Khan didn’t say that makes the point. He did not say London is an English city or a British city, and that’s what appears to have annoyed voters in the outlying counties and regional cities.

Many people outside London resent its success and dislike its internationalisation, a view seen in the way the regions voted ‘leave’ and London voted ‘remain’.

Now my Brexit tip. The only solution to an astonishingly complex impasse, which might be likened to the collision of an irresistible force and an immoveable object, is a general election or a fresh referendum.

Without a resolution, Britain will shrink to being as relevant as Australia circa 1958 – a good year but one in which the rest of the world didn’t even know that