Wesfarmers managing director Rob Scott has called for a nationally consistent approach to quarantine and lockdowns as COVID-19-related buying boosted sales across the conglomerate’s retailers. 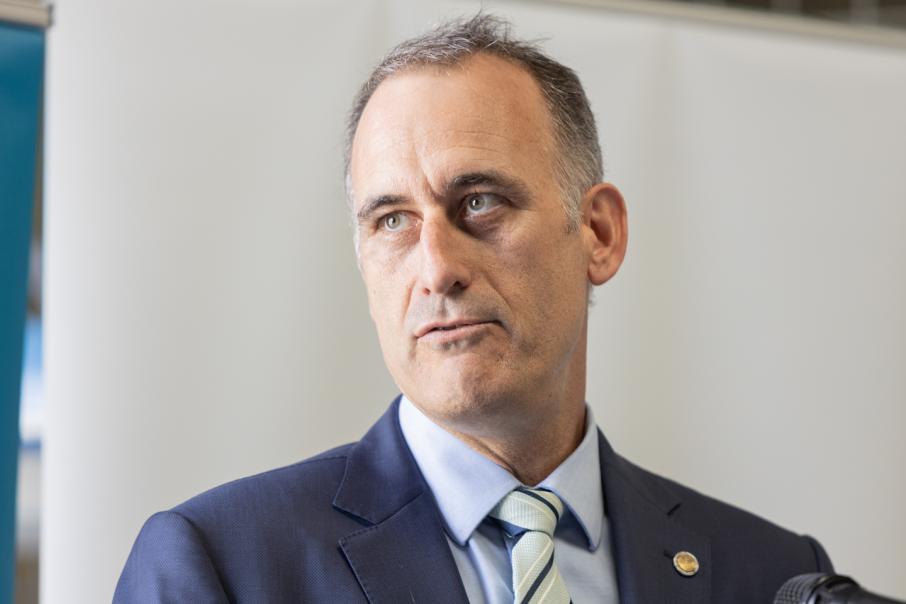 Those comments, made during an investor briefing earlier this morning, comes as Wesfarmers declared an interim dividend of 88 cents per share on the back of strong earnings for its Officeworks, Bunnings and Kmart outlets.

Total revenue for the six months to December increased to $17.8 billion, up 16 per cent on revenue of $15.2 billion 12 months prior, with net profit growing in that period by 25 per cent to $1.4 billion.

While the accompanying director’s report cites COVID-19 as causing significant volatility during the second half of 2020, strong demand spurred by customers having more leisure time and income support from the federal government are cited as factors in the strong results for all its outlets.

That includes the group’s beleaguered Target outfit, which had more than half of its stores either shut or converted into Kmart outlets, with 1,300 jobs thought to be affected as a result.

Mr Scott said during the investor presentation that, while Wesfarmers was prepared to handle disruptions caused by lockdowns, consistent processes across states were needed to help balance COVID-19’s health risks with the need for businesses to remain operating.

He said fragile confidence would continue to weigh on business and consumers if the virus was still circulating.

“When it comes to the various lockdowns, there will always be a need in some circumstances for various restrictions,” Mr Scott said.

“What’s really challenging for families and businesses at the moment is the inconsistency and approach and snap decisions that can result in enormous personal and business hardship.

“Fortunately, our business is big enough and strong enough to withstand these shocks, but what we see among our team members, their families, our customers … there’s a lot of hardship involved.”

Mr Scott’s comments follow Victoria’s decision to lift its five-day lockdown following an outbreak of the B.1.1.7 variant of COVID-19.

Western Australia will lift travel restrictions from that state on Saturday, but visitors will still be required to quarantine for 14 days upon arrival.

The lockdown, which was estimated to have cost Victoria $1 billion in economic output, was the result of a breach in the state’s hotel quarantining system.

Mr Scott said there had been a sharper impact from that lockdown because it affected the state in its entirety rather than just metropolitan Melbourne, with small businesses and families affected by reduced economic activity.

“They might be isolated cases, but they do catch up, and we’ve been living through these lockdowns in the last few months in WA, in Victoria, in Queensland,” he said.

“There is a time when there is no choice but to apply some tough restrictions … but all I’m saying is that we need to be really cautious how we go about this, because for many people it will impact their ability to spend and invest for the future.”

While he cited hotel quarantining as one area in which states appeared vulnerable to further outbreaks, he eschewed making the process a federal government responsibility, and instead encouraged states to implement consultative and consistent approaches to managing the virus.

“This is not … about pointing the finger or blame one way or another,” Mr Scott said.

Wesfarmers will contribute $950 million to the project against operating cash flow of $2.2 billion.

Production is scheduled to begin in 2024.

Mr Scott defended the investment at today’s briefing, saying while he did not expect returns until the 2025 financial year, the growth of the conglomerate’s chemicals division was attributable to significant capital expenditure over a period of years.

That’s despite earnings in the business’s chemical division decreasing in the year to December by 8 per cent, to $160 million, due to weak demand for sodium cyanide and increased competition from Incitec Pivot's ammonium nitrate plant in the Pilbara.

“Every time we do that, we often get a bit of criticism,” Mr Scott said.

“Fortunately, we take a long-term view, and that’s exactly the way we look at this opportunity with lithium.”