Subdued retail conditions in WA have resulted in more than $2.5 billion of shopping centre expansions to be deferred or have no timetable for development. 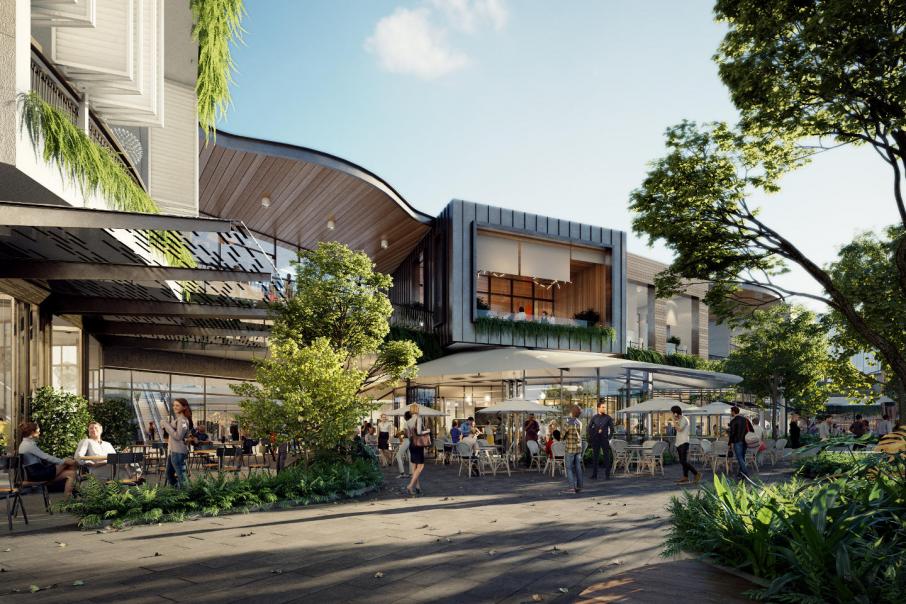 Subdued retail conditions in WA have resulted in more than $2.5 billion of shopping centre expansions to be deferred or have no timetable for development.

Western Australia’s proposed $5 billion-plus major shopping centre revolution has stalled at its midway point, with AMP Capital’s deferment of its $750 million redevelopment of Garden City Booragoon the latest in a growing list of retail developers putting big projects on hold.

An AMP spokesperson said the company had this week told its contractor, the building arm of Scentre Group, that its services were no longer needed, ending a 3.5-year stalemate over final terms of the construction contract.

AMP had originally planned to complete its redevelopment of Garden City, which would have added 47,779 square metres to the centre and added a main street entertainment precinct, in 2018.

However, the developer said this month that changing market conditions meant the project was not currently feasible.

The decision to place the Garden City expansion on hold came as a surprise to some market watchers, particularly as it is the second-ranked centre among WA malls for turnover and is ranked fourth in the country for specialty turnover per square metre.

AMP’s turnaround at Garden City mirrors that earlier this year by Vicinity Centres and Perron Group, which deferred the $500 million redevelopment of Galleria Shopping Centre indefinitely.

The redevelopment was an ambitious plan, with the first stage to have increased its gross lettable area from 81,000sqm to 180,000sqm, and a second stage to take it to 263,000sqm – more than twice the size of the current biggest shopping centre in WA, Westfield Carousel.

Vicinity Centre’s justification for putting the development on hold was eerily similar to AMP’s – current market conditions meant now was not the right time to begin a major development in Perth.

In June, Vicinity Centres slashed its valuations for its WA centres by a collective $130 million, saying challenging operating conditions and an increasingly competitive environment had resulted in lower income forecasts and softening in capitalisation rates.

“We remain committed to WA, with the expectation that confidence and trading conditions will improve on the back of continued investment in resources and infrastructure in the state,” Vicinity Centres chief executive Grant Kelley said in a statement to the ASX.

Part of Vicinity Centres’ commitment to WA is a $63 million redevelopment of Ellenbrook Central, which it is targeting to commence in the first half of the 2020 financial year.

The raft of new build proposals in Perth came in response to a 2013 policy shift by the state government, which removed an 80,000sqm cap on the size to which shopping centres were allowed to grow.

In the following years, owners of all of Perth’s major shopping centres lodged plans for expansion, with Lendlease’s Lakeside Joondalup Shopping City the first to go ahead, with a $300 million redevelopment completed in late 2014.

The ASX-listed Scentre Group also went ahead with one of the biggest-value and largest-size redevelopments to proceed in Perth, as its $350 million expansion of Westfield Carousel, completed in August last year, resulted in the centre becoming WA’s largest shopping destination at 110,000 square metres.

Scentre Group has not put a timetable on its $600 million plan to expand Westfield Stirling (formerly Innaloo).

While it placed its Galleria plan on hold, Vicinity Centres has invested heavily in its Perth assets in recent years, with the highest value expansion being its $350 million revamp of Mandurah Forum, which it jointly owns with ISPT.

Despite uncertainty around some of the major shopping centre builds, groups are still progressing plans for major retail projects.

National development giant Dexus recently unveiled a $200 million plan to demolish and rebuild its Carrillon Perth, which is slated to become a six-level retail complex with a 17-storey office tower above.

Nearby, superannuation fund ISPT is getting close to completing its $110 million redevelopment of Forrest Chase, a project that has attracted several high-profile new tenants.

US-based retail giant Costco is also advancing plans for new retail projects in Perth collectively worth $105 million, with construction under way on a Costco store at Perth Airport, and another at Casuarina in the planning phase.