OPINION: Could this be another boom moment in WA’s mining industry as global demand for the key commodities picks up pace? 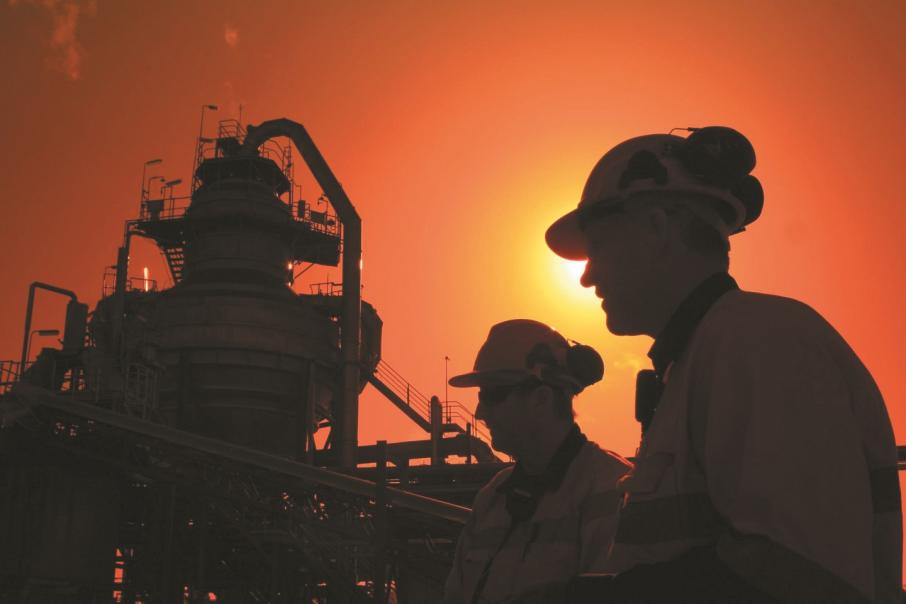 BHP is investing in its world-class nickel refinery at Kwinana, which produces premium-grade nickel sulphate, used by battery makers

Spectacular profits being earned by Western Australia’s iron ore miners, and a revival in the nickel industry, are more than encouraging developments in the state’s mining sector – they are a reminder of how past booms have started.

In the 1960s a similar set of circumstances developed, thanks to strong demand for commodities from developing Asian economies and outages suffered by mining rivals.

Iron ore exports then were just getting under way after the lifting of an export embargo introduced because of concern Australia had limited iron ore reserves, and shipping the steel-making material to Japan, in particular, was politically unpopular in the years after World War II.

Nickel was not being produced in WA in the early 1960s, with only sniffs of the metal reported from isolated exploration projects such as one at Wingellina, near the Northern Territory border.

Everything changed as Japan morphed from enemy into friend, demanding supplies of WA’s high-grade iron ore, which it got reliably and at the quality specified – two extremely important points for steel makers.

Nickel had a different awakening, but one that can be seen in a number of commodities today, as quality and reliability are matched by the dawning of demand for ethically sourced metals from customers, investors and governments, as they reject material produced in an environmentally damaging way or involving unacceptable practices, such as the use of child labour.

But what really led to the birth of WA’s nickel industry, was a long-running strike by workers in Canada’s nickel mines, creating a global shortage of the steel-hardening metal, triggering a massive price jump, and sparking a global search for alternative supplies, a hunt that led to the discovery and development of the Kambalda mines by Western Mining Corporation.

History is not repeating precisely but it is repeating.

This time it is WA iron ore producers which are benefiting from an outage at a rival, with Brazil struggling to overcome decades of poor residue management, which has left unstable tailings dams.

Two of those dams have already collapsed, killing hundreds of people. A third is reported to be in danger of rupturing.

But what’s even more remarkable about the Brazilian dams is that they are located close to towns or, in the case of the latest, Gongo Soco, in the middle of a town.

Brazil’s iron ore disasters, and the threat of more to come, is the modern-day equivalent of Canada’s nickel strike because it is removing material from the world market, leaving a gap for WA miners to plug, which they are doing, reaping huge profits in the process as the iron ore price soars above $US100 a tonne – and looks like staying there for a while.

Nickel, the metal which started life as a key ingredient in the production of stainless steel, is undergoing a born-again moment as battery makers demand increased supplies to feed the growth of electric vehicles and other battery-powered devices.

BHP, which acquired WMC in 2005, is the company leading the revival of nickel as a battery metal, albeit almost by accident after discovery that its old, but world-class, nickel refinery at Kwinana produces premium-grade nickel sulphate, which battery makers crave.

Rather than sell or close its WA nickel operations BHP has undergone a conversion on the road to Kwinana; it is investing in an expanded nickel business and stepping up exploration to find more of the sulphur-rich ores, which make the best battery-grade material.

Iron ore and nickel are not alone in the growth spurt being enjoyed by WA miners.

Lithium has been added to the state’s inventory, and copper is showing signs of becoming a major new industry if Rio Tinto can convert exploration excitement into a mine at its Winu discovery in the Pilbara.

Because no-one likes describing a situation as a boom, it’s probably best to avoid that description, but it’s hard to not see WA’s mining industry expanding substantially over the next few years.

There are a number of reasons for being confident, including:

• Rivals shooting themselves in the foot.

• A reputation for safe mining practices and mine-site management.

Of those points, the most important, even if it’s the least recognised, are the demands of international manufacturers for raw materials which have been ethically produced.

It’s from the problems of others that WA is benefiting as global manufacturers scrutinise their supply chains, increasingly specifying Australian raw materials over what’s produced in some other countries.