Dark kitchens and online aggregators are not terms most people associate with a restaurant, but the invasion of the internet into the catering industry is bringing radical change – and not everyone will be happy. 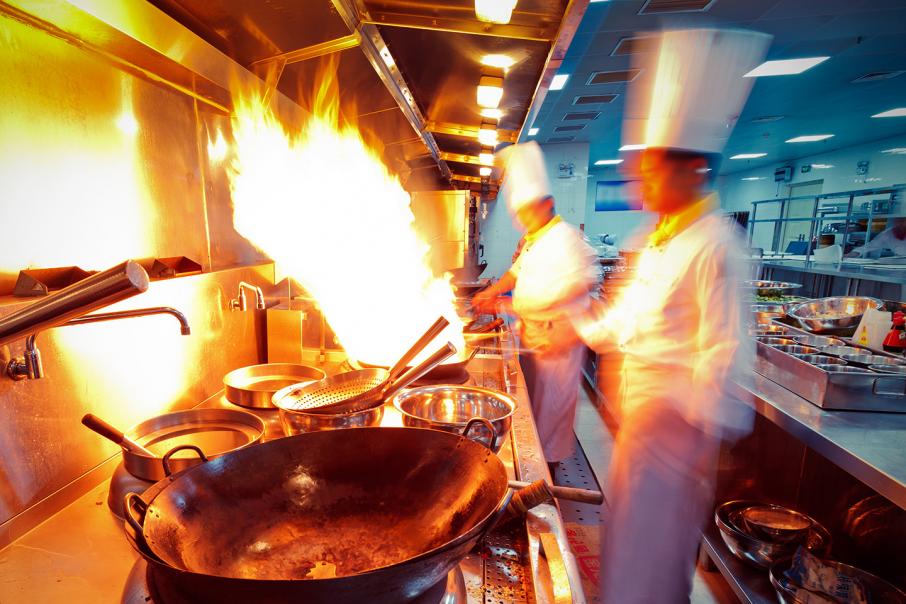 The increasing popularity of meals delivered to homes by a mobile service is a threat to the restaurant sector. Photo: Stockphoto

Dark kitchens and online aggregators are not terms most people associate with a restaurant, but the invasion of the internet into the catering industry is bringing radical change – and not everyone will be happy.

The most obvious sign of what’s happening in the struggling restaurant sector is the increasing popularity of meals delivered to homes by a mobile service such as Uber Eats or Deliveroo – businesses known as aggregators because of the way they collect data as well as deliver meals for a variety of restaurants.

In theory, a restaurant owner benefits from being able to sell what is prepared in his kitchen to a wider market; but it comes at a cost and could be the thin edge of an industry-changing wedge.

What’s happening would not be significant if the restaurant sector were a small part of the economy. On the contrary, however, food service is a big employer and restaurants are major ratepayers to local government, so a big change will have widespread repercussions.

The term ‘dark kitchens’ requires an explanation because it goes to the heart of what’s happening overseas (and is starting to blossom in Australia).

Essentially, a dark kitchen is a food preparation area that might be the kitchen of an existing restaurant, except there are no tables and chairs, and no customers – it is used only to prepare meals for home or office delivery.

The dark kitchen phenomenon is booming in London, but not always from a restaurant kitchen with speciality food preparation facilities; some, for example, are in converted shipping containers, popping up in places where the key factor is space for delivery drivers and their vehicles.

Two factors are driving the growth in home-delivered meals.

Firstly, customers like it, with ‘dining in’ growing last year in London at 10 times the rate of ‘dining out’.

Secondly, it’s the delivery companies that are driving the business, backed by international investors able to inject hundreds of millions of dollars into a concept created by the internet. Last year, London-based Deliveroo raised $US358 million to fund its global expansion.

In time the delivery companies could have complete control because they are already using their computers to capture customer data, just like Facebook or Amazon, to know what customers are ordering, and to then suggest to restaurant owners how to maximise sales.

It actually goes a lot further than that, with Deliveroo developing its own deliveries-only kitchens (called Deliveroo Editions), which can prepare meals for restaurants, using the restaurants recipes, for home delivery, with a single kitchen able to handle orders from multiple restaurants.

Most customers will be unconcerned where a meal is cooked; all they know is that it was ordered from their favourite restaurant using an online app.

Some traditional restaurant owners are likely to reject the concept of becoming order takers for home-delivery aggregators and suggest there is nothing new in home-delivered pizza. However, in the world of dark kitchens and aggregators, there is a lot more than pizza being delivered.

For an industry that probably thought it was immune from the internet, apart from using it to receive bookings and display menus, the growth of the online aggregator could be both a blessing and curse.

On the one hand it means selling more meals. On the other it might mean ceding control of the business to an aggregator with its high-powered computer systems and corporate capital serving a customer base addicted to smartphones and tablets.

Just how far the process might go can be found in pop-up restaurant backed by the credit card company American Express in Helsinki, the capital of Finland, called Take In.

Take In works by people gathering in a space with a table (just like a restaurant) and then using their ‘phones to order from different restaurants and waiting for the deliveries.

Before imagining that what’s happening is madness, it’s worth noting that some of the world’s biggest investment banks, the same people who backed Facebook, Google, Amazon and Uber, in their early days are taking the meal aggregation phenomenon seriously.

Morgan Stanley, one of the biggest US banks, recently surveyed the Australian online aggregation industry from four perspectives – restaurants, consumers, drivers and the aggregators.

After noting that there was nothing new in home-delivered meals, Morgan Stanley tipped the development of a boom whereby total transaction value for home meal deliveries in Australia would soar from $600 million last year to $24 billion by 2025.

Aggregators and consumers will be the big winners from the home-delivery revolution. Restaurants and drivers face a less certain future.

Drivers have a problem, because they are paid minimum wages (sometimes less) and can lack the protection of fair work laws, an issue Morgan Stanley reckons will attract tighter government regulation.

Restaurants that sign up with an aggregator in the hope of boosting revenue might find that they have to increase sales by up to 50 per cent, according to Morgan Stanley, or suffer lower profits.

The problem for restaurants is that signing up with an aggregation business means paying it a commission, as well as effectively handing control of a portion of the customer base. Not signing could mean missed sales.

An example cited by Morgan Stanley of a deal gone wrong was of a Melbourne pizza chain that quit its arrangement with an aggregator when a 22 per cent commission was raised to 30 per cent and then up again to 35 per cent.

There are several parallel examples for restaurant owners to be found in the way a slick new way of doing business is disrupting a time-proven model, with Uber’s attack on taxis an example, and Amazon’s assault on traditional shopfront retailers another.

The key to what happens rests with consumers, with some liking the new way of dining in, and others rejecting it.

However, the determining factor will be the cost of doing business, or as an economist might say: a restaurant can’t cut its spending on food but it can cut the cost of operating full table service by becoming a kitchen with delivery vans at the back door.