As firefighters attempt to contain an out-of-control blaze in Perth's east, the state’s peak resources body has established an initiative to raise much-needed funds. 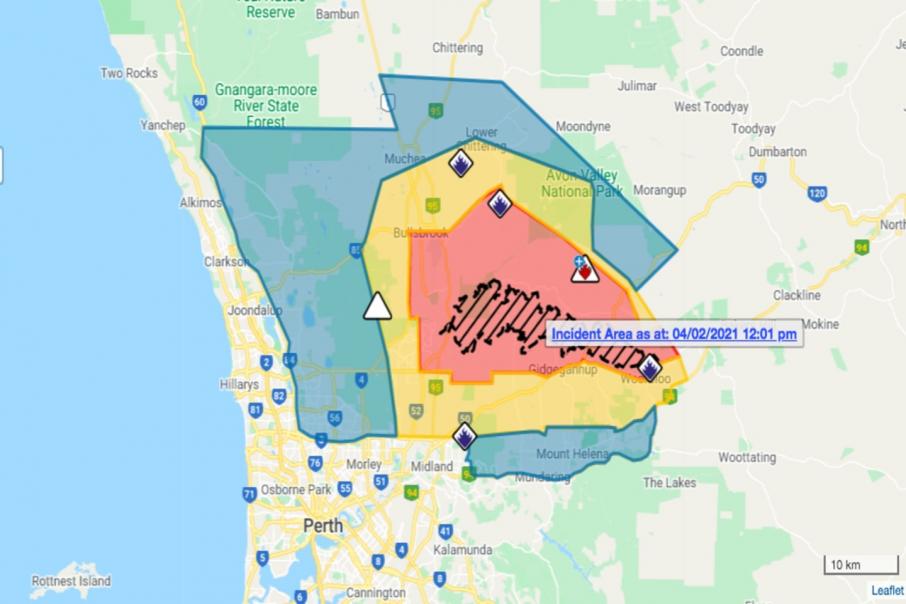 An aerial view of the bushfire in Perth's east, which has been burning since Monday. Image: Department of Fire of Emergency Services

The state’s peak resources body has established a community support initiative in the wake of the devastating bushfires east of Perth, raising about $2.5 million.

During the past 72 hours, about 500 firefighters have been working to contain an out-of-control blaze that has ripped through more than 10,400 hectares of land in Wooroloo and destroyed 81 properties.

Today, the Chamber of Minerals and Energy of WA announced it and its member companies had joined forces to establish the CME Bushfire Community Support Initiative, designed to support response, relief and recovery efforts for those affected by the fires.

Mining giants Chevron Australia, Minara Resources, Mt Gibson Iron Ore, Newmont Australia and Rio Tinto are among those to have already committed significant donations to the initiative, with more expected to follow in the coming days.

CME chief executive Paul Everingham said the images of the devastation had had a profound impact on him, and that a number of the chamber’s workers had been directly affected.

While acknowledging that the CME couldn’t replace what many had lost, he hoped the initiative would help to make life a little easier for those affected in the coming days, weeks and months.

“People have lost their homes, livestock and pets, along with priceless memories,” Mr Everingham said.

“Others have been displaced and don’t know when they will be able to return home.

“A significant number of workers at CME member companies have been impacted by these fires and many others will have friends and families who have been affected.

“The CME Bushfire Community Support Initiative will directly support response, relief and recovery efforts for those impacted by the Perth Hills fires.

“Member companies have committed around $2.5 million in support funding so far, and it’s early days.”