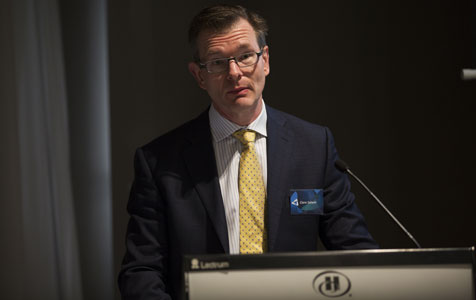 Aspen Group has taken an interim net loss of $18.2 million, largely on the back of reduced utilisation of its resources-exposed accommodation assets in the north of the state, offsetting a strong performance by its holiday parks and short-stay accommodation division.

The Perth-based company said it had an operating profit of $7.8 million, down 6 per cent on the previous corresponding half year, but took a $12 million hit to the value of its Aspen Karratha Village due to continued weakness in the resources sector.

Income from the group’s four resources-focused parks was down 31 per cent, however, Aspen’s residential and short-stay accommodation business was a strong performer in the half year, with its net income up 12 per cent.

Across all of its divisions, Aspen said its net income was down 2 per cent in the six months to December 31, at $13 million.

During the half year, Aspen boosted its holiday parks portfolio with the $7.4 million acquisition of the Four Lanterns Estate in south-western Sydney and the $8.4 million purchase of Harrington Holiday Park, also in New South Wales.

Aspen also began relocating bungalows from its resource parks to the Perth metropolitan area, to meet demand for residential product.

“With a positive outlook, strong demographics and our strong balance sheet position, we will continue to look to invest in the accommodation sector,” Aspen Group chief executive Clem Salwin said.

Aspen said it would continue to look to sell its sole remaining non-core asset over the next six months, being the Spearwood Industrial estate, which held its value over the period.

“Our strategy is to increase our investment in well-located properties that complement the existing portfolio, produce strong cash yields and provide the opportunity for creating further high quality annuity rental streams through development,” Mr Salwin said.

“With low gearing, a focussed business and simplified structure, we are well-positioned to deliver on the value creation opportunities in the accommodation sector.”

Aspen will pay an interim dividend of 4.5 cents per share and the company is expecting to maintain that distribution in the second half of the financial year.