Amid an ongoing capital drought, exploration companies are reinventing themselves in order to survive. 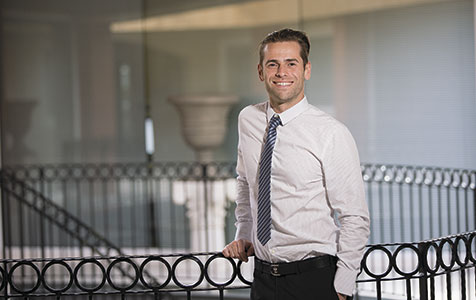 Amid an ongoing capital drought, exploration companies are reinventing themselves in order to survive.

Continuing weak investor appetite for junior resources stocks has led a growing number of explorations plays to change their business focus, with many moving into the technology sector.

Since October 2013, at least nine Western Australian exploration companies have agreed to reverse takeovers, or bought into companies not involved in the resources industry. It was also revealed last week that Perth-based travel agency Holiday Planet was completing a backdoor listing through a deal struck with Red Gum Resources – a copper and gold explorer headquartered in Adelaide.

“We are almost seeing the reverse of what happened eight to 10 years ago when industrials were moving across to mining; now we are seeing just as much activity going from mining back to technology, biotech, life sciences and those sorts of plays,” Mr Murray said.

He said the ability of exploration companies to attract new capital to survive had been difficult, which had been responsible for the change in business strategy.

“So people move to where opportunities are and where access to capital can be found,” Mr Murray said.

“So I think they are moving to where there is appetite or a greater propensity to attract new capital.”

There have been 11 further similar transactions involving WA-based companies since that time.

Skin Elements is headed by Peter Malone, the former boss of Telco NewTel, which went into administration in 2002, and Luke Martino, a former partner at Deloitte’s Growth Solutions practice and now corporate adviser.

Another notable transaction includes digitalBTC’s reverse takeover of Perth-based oil and gas explorer Macro Energy. digitalBTC is led by Zhenya Tsvetnenko, who is a previous 40under40 winner and best known for his work in pioneering premium content text-messaging technology.

digitalBTC is focused on commercialising digital currencies, such as Bitcoin, and backed by Navitas founder and chief executive Rod Jones and Mirabela Nickel and Panoramic Resources co-founder Craig Burton.

Mr Murray said it was hard to predict how long the current trend would continue, adding that there was no clear direction in the equity markets at present.

“The biggest difficulty with current activity levels is there is often no clear or delineated trends,” he said.

“People are still looking to raise capital or get involved in mergers and acquisitions. However, it’s not all happening at once or in the one area. It stops and starts and there are fits and bursts of certain types of activity.”