Resources jobs to peak in 2014: report 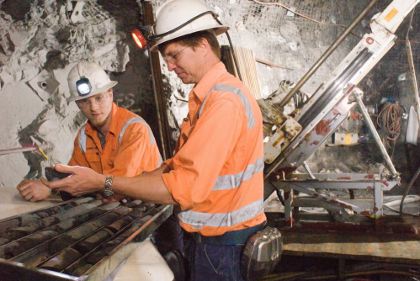 Employment in Western Australia's resources sector is expected to peak at 125,000, up almost eight per cent from present levels, according to a new report by the state's Chamber of Minerals and Energy.

Jobs in mining and energy are then forecast to fall below current levels in 2018, as projects under construction become operational.

"As we see an increase in the operational workforce, we will see a change in skills required," CMEWA said in its report on Tuesday.

Planning Minister John Day said supply of labour, energy and water remained a major inhibitor of growth of the sector.

CMEWA chief executive Reg Howard-Smith said the industry was also plagued by escalating costs, fluctuating commodity prices, increasing difficulty in gaining access to capital, and policy settings that were not fostering growth in the sector.

The outlook remained positive, however, with up to $200 billion of new or expanding resources projects either under way or planned in WA.

These projects would be the main driver of a projected 52 per cent increase in electricity consumption in the state by 2018.

CMEWA said 94 per cent of the state's electricity would be fuelled by natural gas.

"The Department of Mines and Petroleum (gas) supply forecasts appears tight when compared to expected demand," the chamber said.

"However, an increase in capacity from new domestic gas projects, including the possible development of onshore gas reserves, may play a role in addressing this."

CMEWA also said addressing congestion at Perth Airport would be a defining challenge for the resources sector and its fly-in, fly-out workforce.