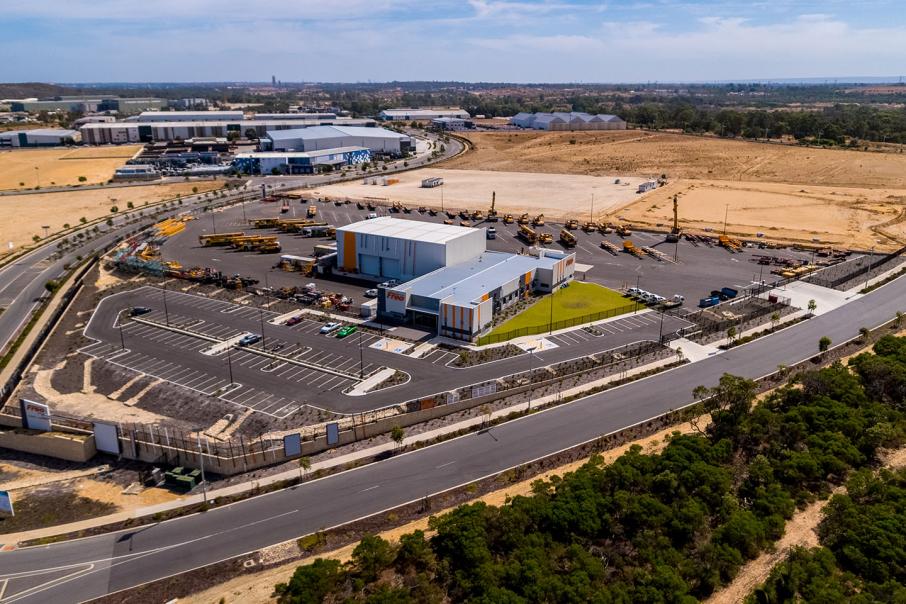 Resources-related investment is helping Perth’s industrial land sector bounce back from a five-year downturn in investment.

Industrial land developers say increased leasing activity and a rise in investment volumes are key indicators that the market has turned, with cautious optimism emerging that the sector can ride out the short-term shock of the COVID-19 outbreak.

Western Australia’s resources sector is largely behind the increased optimism, with forecasts by JLL and CBRE indicating investment activity is likely to gain momentum throughout 2020.

Commercial agency CBRE has reported significant positivity in the sector, with demand for workshops increasing as fabrication and engineering groups expand to keep pace with an uptick in resources-sector contracting activity.

CBRE’s research identified around $50 billion in resources investment on which proponents are expected to make a final investment decision in 2020 or 2021, including Woodside’s Scarborough and Browse LNG developments, as well as Perdaman’s $4.5 billion proposed urea fertiliser plant on the Burrup Peninsula.

On the investment side of the equation, JLL research showed there was $217 million worth of industrial land transactions in 2019 (for sales worth $10 million or more) and while that remains below the 10-year average of $364 million, the activity was significantly up on the 2016 to 2018 period.

“Certainly we have found that the mood and confidence has been good at the start of the year, despite the broader global uncertainty,” Mr Lisle said.

“We have seen really good enquiry … and people starting to transact.”

He said e-commerce and logistics companies were driving demand at Linc estates, with the upturn in mining and resources flowing on to small-scale fabrication and manufacturing.

“We’ve been really happy with Roe Highway, and we’ve seen good takeup even though we launched into a relatively weak market,” Mr Lisle said.

“We are more than 60 per cent done and we anticipate the project will be committed, if not completed, by the end of this year.

“And it’s the same thing at Tonkin; we are more than 80 per cent committed there and we have seen a pretty strong start to the year.

“Even through the COVID-19 uncertainty we are seeing people continue to want to transact, which is good.

“But we are early into that real volatility now so we have to see how that plays through, I suspect it’s going to affect all of the asset classes for a while.

“At the moment, all things considered, it all feels pretty good. But obviously no one is immune to the macro uncertainty.”

Mr Lisle said once its Roe and Tonkin Highway estates were complete, the group would concentrate its focus largely on developing 800 hectares of land in Middle Swan, Muchea and Bullsbrook.

“Quite a few of the planning submissions around the surplus land have either been submitted or are about to be submitted,” Mr Lisle said.

“It’s a combination of residential and then there is a portion that will stay industrial with the Midland Brick operations.

“We are in the final stages of resolving the conditions precedent and proceeding with that.”

The company owns around 236ha of industrial land across the state, with one of its flagship assets a 12ha parcel of land at DevelopmentWA’s Latitude32 precinct near Kwinana.

“We have seen businesses wanting to be early movers and move down this way,” Mr Canci said.

“Demand has improved and the businesses that are making those early decisions will benefit from it.

“We made the decision to invest there five years ago, but I think Westport and the general increase in economic activity has improved the demand in that area.”