Resolute Mining has agreed to repay all amounts outstanding under a $US130 million loan agreement with Taurus Funds Management, which it said would be funded by an equity raising. 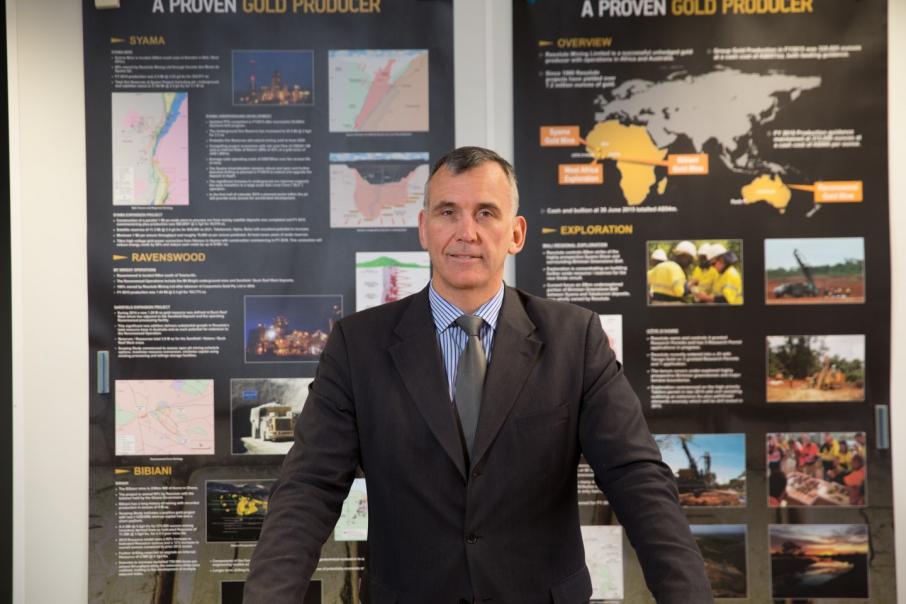 John Welborn says the ability to repay Toro Gold will save Resolute fees and interest payments.

Resolute Mining has agreed to repay all amounts outstanding under a $US130 million loan agreement with Taurus Funds Management, which it said would be funded by an equity raising.

Resolute will issue around 132.7 million shares through a tranche one share placement at $1.10 per share, fully underwritten by Canaccord Genuity (Australia).

Resolute’s directors have agreed to participate in the equity raising for up to $500,000 in total.

The company is seeking to raise a further $25 million via a share purchase plan to Australia and New Zealand shareholders on the same terms as the placement.

It acquired 94 per cent of Toro Gold in August last year in a deal worth $US274 million, which also included 142.5 million Resolute shares.

Toro's flagship asset was the Mako gold mine, located in Senegal, West Africa.

“Today’s equity raising will support and enable the complete refinancing of our debt facilities during the current quarter,” he said.

“Completion of the equity placement, and the refinancing of our senior syndicated loan facilities, will enable the company to simplify its capital structure and facilitate the retirement of debt facilities provided by Taurus.”

Resolute said its current trading halt would likely be lifted upon completion of the tranche one placement, which is scheduled to commence on Thursday.