Resolute Mining Ltd has given the green light for a $77 million expansion of its Ravenswood project in Queensland, as it seeks to capture some of the 25-year-high gold price.

Resolute Mining Ltd has given the green light for a $77 million expansion of its Ravenswood project in Queensland, as the Perth-based gold miner attempts to capture some of the 25-year-high gold price.

The go-ahead comes after Resolute last week forecast large half-year losses on its hedge book because of new accounting standards.

Following the December completion of a feasibility study into developing the Mt Wright satellite orebody, Resolute aims to feed its 5.5mtpa Ravenswood treatment plant with material from the expansion towards the end of 2007.

But Australian dollar gold hedging contracts already in place mean Resolute will miss substantial upside in the 25-year-high gold spot price, now expected to hit $US600 an ounce this year.

Despite this, chief executive Peter Sullivan made the point that a majority of Mt Wright production is hedged with put options at an average strike price of $620 an ounce, leaving production from the project open to some upside.

Resolute's hedge book also consists of 285,000 ounces of forward sales at a strike of $600 an ounce.

Mr Sullivan elaborated on last week's announcement to the market that new AIFRS accounting treatment of its hedge book meant the company would be forced to book a $49 million loss, by explaining that Resolute had not fixed its hedging with planned mine production.

"We didn't apportion them [financial instruments] to production at that point," he said.

This meant that Resolute's hedges were not considered 'effective' under AIFRS, forcing it to recognise the unrealised hedge book position as a loss on its income statement.

He added that it was the company's policy to adjust the hedge book in line with the world gold price and its estimated reserves, rather than affix forward delivery contracts to planned mine production.

A mix of equipment leasing and cash flows from the existing Sarsfield open pit operation at Ravenswood would provide the financing for the new operation, he said.

The equipment cost has been estimated at between $8 million and $10 million a year over the next eight years, he said.

"It's a nice project that fits in with our existing operations," Mr Sullivan said.

Mt Wright will extend the life of the Ravenswood operation by an extra five years, he said.

Ravenswood was purchased by Resolute from Swiss miner Xstrata in January 2004 for $45 million, then with a life of five production years remaining. 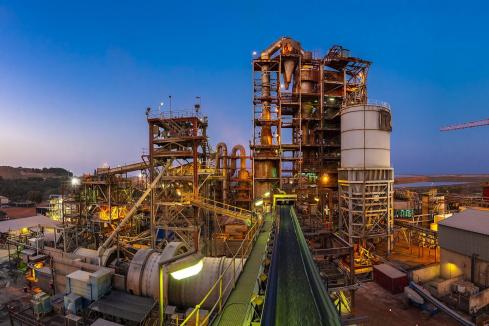